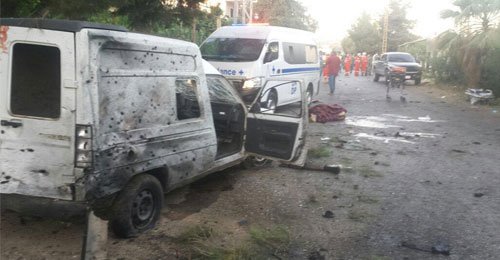 Several suicide bombers killed six people and wounded 19 others in an attack in a Lebanese village at the border with Syria on Monday, Hezbollah’s al-Manar reported.

Three Lebanese soldiers were among the wounded in the attack in the village of Qaa, Voice of Lebanon radio reported. The bombers struck at 4 a.m. (0100 GMT), the mayor of Qaa told Voice of Lebanon. All those killed were civilians, he said.

Al-Manar had earlier reported it was carried out by two suicide bombers, but later said there were more than two.

Lebanon has been repeatedly jolted by militant attacks linked to the five-year-long war in neighboring Syria, where the powerful Shi’ite group Hezbollah is fighting in support of President Bashar al-Assad.

THIS IS A DEVELOPING STORY MORE TO FOLOW WHEN AVAILABLE

Updates: Al Qaa village mayor told MTV : What happened today is a massacre by 4 suicide bombers who killed 6 people. No Lebanese soldiers were killed, but there are several injuries

Heath minister Wael Abou Faour urged hospitals to receive all wounded and treat them at the expense of the ministry.

George Kettaneh, Red Crossc chief told LBCI: 5 people were killed in the explosions and 15 injured including 4 in critical condition

Here are photos of some  of the victims 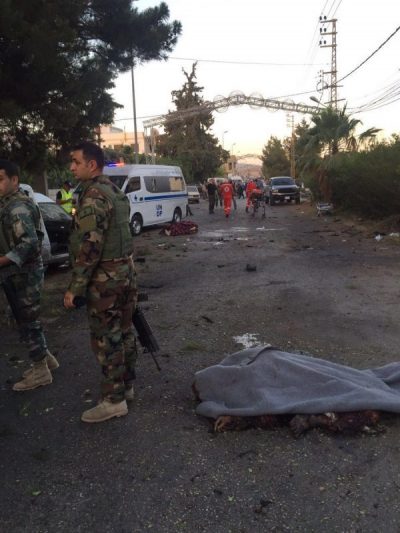