Dozens of homes, burned and looted in freed city of Fallujah by IS and Shiite militias, officials 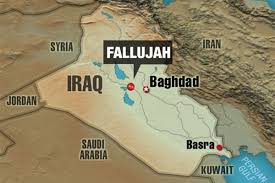 Iraqi officials say dozens of homes have been burned and looted in the city of Fallujah, which was recently taken back from the Islamic State group.

Lt. Gen. Abdel Wahab al-Saadi, a special forces commander who led the operation to retake the city, said Monday that the houses were torched by IS militants as they fled.

But Cpl. Arsan Majid, an Anbar policeman, says Shiite militiamen operating with the federal police were also looting and burning homes. An Iraqi special forces soldier confirmed the account, speaking on condition of anonymity because he was not authorized to brief reporters.

Fallujah was the first Iraqi city to fall to IS, in January 2014, and has long been a stronghold of Sunni opposition to the Shiite-led government in Baghdad.