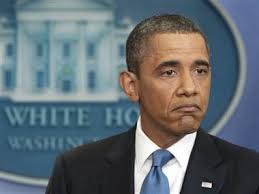 Robert Ford, America’s former ambassador to Syria, said that there has never been a “dissenting message” that was signed by so many diplomats within the State Department.

“The normal number for a dissenting message is two, three, four, five people. So it’s really remarkable. It says that a large number of people who work on different parts [of Washington’s policy on the Syrian conflict] are all in agreement that it’s failing. I see American diplomats who are frustrated like I was when I resigned in 2014,” Ford told France 24.

Ford thinks the diplomats’ memo won’t cause Obama to change his ways or adjust his policies in Syria. He said he was sure the message was directed at Obama and not at Secretary of State John Kerry.

Kerry seemed to prove Ford right when he was questioned about the protest letter by reporters during a visit to Copenhagen in Denmark. The secretary of state even seemed to side with the diplomats when he said, “It’s an important statement, and I respect the process very, very much.”

The New York Times, citing unnamed diplomats, reported that Kerry “has told President Obama that he is operating without any leverage in Syria and that unless the United States increases the pressure on Mr. Assad, the embattled leader will simply wait out the end of Mr. Obama’s term.” Kerry wants the administration to “consider a wide range of military operations to alter the equation in Syria’s civil war,” the Times wrote.

The internal dissent within the Obama administration over the president’s policy toward al-Assad in Syria has been brewing since August 2013, when Obama stunned his staff, Kerry and then-Defense Secretary Chuck Hagel by suddenly reversing an earlier decision to order airstrikes on al-Assad’s forces after the Syrian dictator used chemical weapons against his citizens, killing 1,400 Syrians.

“That decision destroyed any credibility the administration had with Russia, Iran or Assad himself,” Reuters reported Friday, citing a former Defense Department official involved in Syria policy.

But Obama seems to be unfazed by the unprecedented criticism of his diplomatic corps. 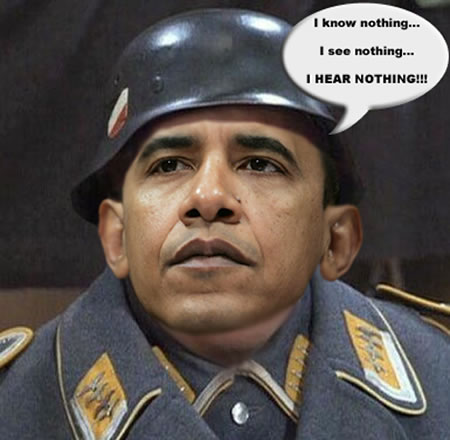 Jennifer Friedman, his deputy press secretary, told reporters that the president is “always open to new and different ideas when it comes to the challenges in Syria” but that he does not see a “military solution to the Syrian crisis, and that remains the case.”

State Department spokesman John Kirby was even blunter on Obama’s refusal to listen to the recommendations of his diplomatic staff.

“There isn’t any U.S. efforts to target Bashar al-Assad. That’s not part of the calculus,” Kirby said during a press briefing Friday, while it had become clear that the U.S.-backed rebel groups in Syria are systematically being wiped out by al-Assad and his allies.

Putin poked Obama in the eye by ordering his air force to bomb positions of U.S.-backed Syrian rebels near the al-Tanaf crossing on the Syrian-Iraqi border last Friday.

The attack on the Free Syrian Army and the Ahmad al-Abdo Martyrs Brigades led to condemnation by Defense Secretary Ash Carter, who thought that perhaps the Russians had made a mistake and acted on poor intelligence.

If Carter would have been willing to open his eyes and to read the latest updates on what is happening in eastern Syria, he would have understood that the Russian action is part of a new plan that has been concocted by Iran, Russia, Hezbollah and the al-Assad regime.

The Russian-led coalition is gearing up for a major offensive that aims to retake eastern Syria from the Islamic State and other rebel groups. The Lebanese news site NOW reported this weekend that “Iran, Russia and Syria have agreed on a ‘large action plan’ for a ‘very big battle in the Deir Ezzor’ province in which Hezbollah will play a ‘central role.’”

On Monday NOW reported that Hezbollah had “established a new military faction called the Zayn al-Abidin Brigade, named after the fourth Shiite Imam, who survived the Battle of Karbala in 680.”

NOW thinks that the move is related to the Syrian war only. However, when one takes a good look what is happening in Iraq where Iranian-backed militias have just opened the gateway to the Anbar province by driving Islamic State out of Fallujah, a different picture emerges.

Iran has a vested interest to capture the eastern Syrian desert because that would open a pathway from the Iranian-Iraqi border via Fallujah and the Anbar Province all the way to southwest Syria, where it wants to establish a new beachhead close to the border with Israel on the Syrian Golan Heights.

As Western Journalism reported Monday, Qassem Soleimani, the commander of the Quds Force of the Iranian Revolutionary Guards, has been spotted in the vicinity of Fallujah, where he oversaw the battle against ISIS.

Soleimani is now on his way to Syria, where he will oversee the imminent new offensive in eastern Syria that was first reported by the Hezbollah-linked website Akhbar.

As astute observer Jennifer Dyer pointed out on Liberty Unyielding, the Russians have no intention to head home after the Syrian war is over. They need control over Tartus and the coastal plain in northwest Syria. The Iranians, on the other hand, are very much interested in eastern Syria.

The Russian airstrikes therefore could very well be a payback for the Iranian assistance in consolidating al-Assad’s rule over western Syria, including the port city of Tartus that is home to a Russian naval base.

This brings us back to the leaked memo of the disgruntled State Department diplomats.

It could be that by leaking this document to the press, they issued a last-minute warning that without American intervention something bigger than the survival of al-Assad’s regime will be at stake.

If nothing is done, Iraq and Syria may cease to be independent states and instead could become satellite states controlled by the two new powers that seek to dominate the Middle East: Russia and Iran.