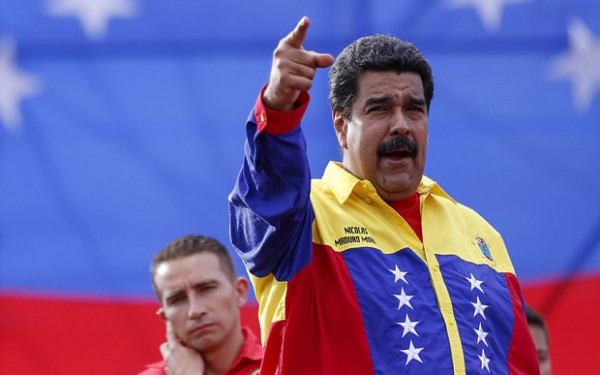 The party of the late Hugo Chavez led by his hapless successor Nicolas Maduro – was defeated in the National Assembly elections
Share:

Venezuela’s President Nicolas Maduro has said that a referendum the opposition is trying to call to oust him will not take place this year.

There was no time to organise the recall referendum, said Mr Maduro.

On Friday the National Electoral Council (CNE) declared more than 600,000 signatures on a petition for the referendum invalid.

The opposition says the electoral authorities are working alongside the government to derail the process.

Opposition leaders say their signatures on the petition have also been invalidated, revealing the electoral council’s bias.

Former presidential candidate Henrique Capriles is among those who say their signatures have been ruled out for “failing to meet the requirements”.

The Speaker of the National Assembly, Henry Ramos Allup, described the move as “shameful” and “a provocation”.

President Maduro accused the opposition of fraud and said he would ask the Supreme Court on Monday to annul the process.

“If they meet the requirements, the recall referendum will take place next year, full stop” said Mr Maduro at a rally in Caracas.

“If they don’t meet the requirements, there will be no recall referendum, full stop.”

Timing is essential for both sides. If the referendum is held by 10 January 2017 and President Maduro loses, a new election will be called.

If it is held after that date and the vote goes against him, his vice-president takes over and remains in power until the end of the presidential term, in January 2019.

The opposition handed over the petition on 2 May.

It said it had gathered the signatures of 1.85 million voters backing a recall referendum, many more than the 197,000 needed at this initial stage. The CNE said on Friday there were 1.97 million signatures on the list.

The voters whose signatures have not been struck off by the CNE – more than 1.3 million people – will need to turn up at regional electoral offices to confirm their identities later this month.

They will have five days from 20 June to have their signatures checked, CNE President Tibisay Lucena announced on Friday.

Mr Capriles urged voters to get ready to comply with the CNE demand and go to government offices to have their identities checked later this month.

Venezuela is in a serious economic crisis, which the opposition blames on mistaken left-wing policies of Mr Maduro and his predecessor, the late Hugo Chavez.

The inflation rate is one of the highest in the world and there are long queues outside shops.

Mr Maduro says the shortage of goods is the result of an economic war waged by the country’s elite against his government.