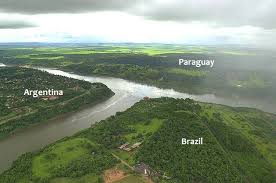 Latin American media reports confirmed that there are more than 100 sleeper cells affiliated with the Lebanese Hezbollah in Latin America and that they are spreading in the Triple Frontier; the tri-border between Argentina, Brazil and Paraguay and in other areas on the Venezuelan-Columbian border where drug trafficking thrives. The Triple Frontier is considered one of the most dangerous areas in the world due to the drug trafficking and the money laundering activities that take place there.

The Argentinian newspaper La Nación mentioned that Hezbollah has managed to penetrate the region over the years and has formed a large network of relations and interests linked to drug trafficking. It added that the organisation has relied on members of the Lebanese community for this.

The report indicates that the US Drug Enforcement Administration has officially informed members of the US Congress that it has evidence that proves Hezbollah’s involvement in huge drug trafficking operations around the world. The United States Drug Enforcement Administration’s director of operations Michael Brown said that the organisation, backed by Iran, has managed to move large shipments of drugs across Latin America and also to Europe as part of money laundering operations.

The reports also suggest that the policies established by the former Venezuelan president Hugo Chávez paved the way for the formation of these cells in Latin American countries. It is known that the period during which the Leftist president ruled the country was a golden age for Iranian- Latin American relations.
As sharq al Awsat