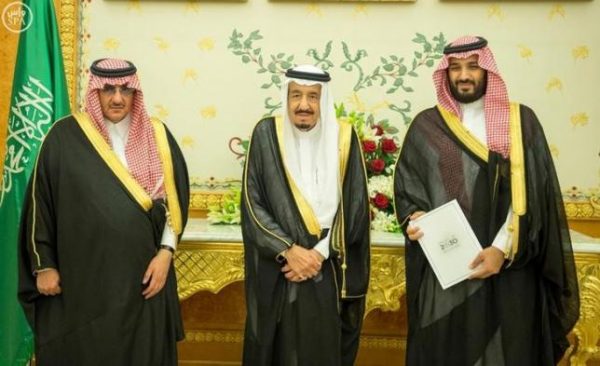 Saudi Arabia’s National Transformation Plan, a pivotal element of the “Vision 2030” reforms announced in April by Deputy Crown Prince Mohammed bin Salman, will be put before the cabinet for approval on Monday, a senior Saudi source told Reuters.

The plan is expected to flesh out sector-by-sector details of the implementation of Prince Mohammed’s program, which is intended to restructure the kingdom’s entire economy and make it less dependent on oil revenue.

“The Council of Economic and Development Affairs has approved the final draft of the National Transformation Plan, which is one of the plans adopted and part of the 2030 vision, which was launched and adopted by the Saudi deputy crown prince, president of CEDA,” the source said.

Saudi Arabia finances now depend on oil revenue and its economic performance closely tracks government spending. But energy prices have plummeted since mid-2014, causing steep declines in income and putting growth at risk.

Details of the plan, a program of wide-ranging economic reforms, will be disclosed in daily news conferences with government ministers starting Monday evening, the senior source said.

Other parts of the Vision 2030, including a partial privatization of state oil giant Saudi Aramco and transformation of the government’s Public Investment Fund into one of the world’s biggest sovereign wealth funds, have yet to be approved.

The emphasis placed on the plan by Prince Mohammed is evident in the high-profile nature of its launch, with senior ministers expected to deliver rare briefings on how their departments will implement the program.

The timing is also significant because Monday is the first day of the Muslim fasting month of Ramadan, when business and government activity in the conservative Islamic kingdom have historically slowed down. Launching the plan despite the start of the holiday signals a more energetic approach.

Riyadh has been cutting spending and trying to raise fresh revenues as it grapples with its budget deficit, which totaled $98 billion in 2015.

The IMF predicted the deficit would stay very large this year, at about 14 percent of gross domestic product compared to 16 percent last year.