EgyptAir Flight 804: For one village in Egypt the crash was devastating. Blames French airport 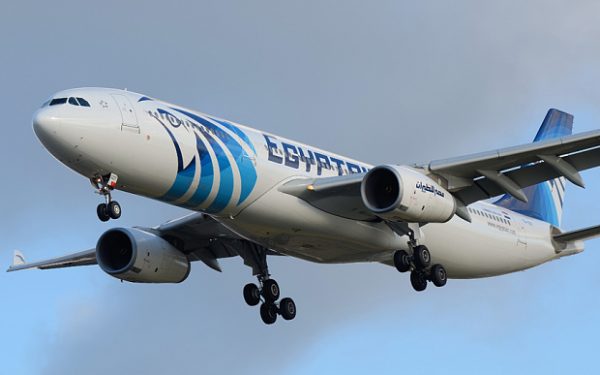 char, Egypt — For decades, the sons of this northern Egyptian village traveled to France to seek their fortunes, forming one of the more distinct bonds between Arabs and Europeans. Many were smuggled into France; others entered legally. Most sent money back to help their families and home town. The link was so strong that the village earned a nickname: Mit Paris.

So when the villagers learned about the disappearance last week of EgyptAir Flight 804, they were collectively thrown into shock: A fifth of the Egyptian passengers on the plane were from Mit Badr Halawa.

“Everyone feels like they’ve lost their own brother,” said Ashraf Mohamed Nagib, the imam of the village’s main mosque.

Those aboard the ill-fated ­Paris-to-Cairo flight included a construction company owner who hired many of the youths who had journeyed to France in search of opportunity. His death puts in doubt not only the livelihood of his own family, but also that of others. His 2-year-old daughter was seated next to him on the plane.

There was the doctor who had taken his wife to be treated for cancer in Paris. They were returning home for a week to see their young children before heading back to France for her chemo­therapy.

There was also Khaled ­al-Tantawy, a 32-year-old telecommunications engineer who loved to travel. He was visiting friends from the village who had settled in Paris. In a Facebook post last Sunday, four days before he boarded Flight 804, he wrote to his travel partner who had returned from France to the village earlier: “Goodbye stranger. Your stay was short, but it was wonderful. Hopefully you’ll find the heaven you’ve been searching for so long.”

“It’s like he was talking about himself,” his friend Mahmoud ­al-Ashry, 33, a pharmacist who also lost a distant relative on the plane, said as he looked at the Facebook page Saturday. “Everyone feels like they’ve been orphaned.”

There were 66 people aboard Flight 804, including 30 Egyptian passengers. After leaving Paris, the plane veered suddenly upon entering Egyptian airspace, then made a full circle before plunging into the Mediterranean Sea early Thursday. Naval ships have found human remains, debris from the plane and some passenger belongings in the waters. While some officials have speculated about terrorism, the cause of the crash remains unclear.

On Friday, thousands of residents arrived at Nagib’s mosque to attend a ceremony to pray for the six passengers from their tightknit community. Women wore black and the village’s elders banned any form of music, save for Koranic verses to commemorate the dead. Some people flew in from Paris to attend the ceremony, community elders said.

It was the start of three days of mourning in this hamlet laced with cornfields and nestled along a tributary of the Nile River. On Saturday, the village remained steeped in somberness. Everyone felt that it could easily have been one of their relatives aboard Flight 804.

“It’s a catastrophe for all of Egypt, but most of all for us,” said Abdul Hafez Mohammed Daoud, whose son Waleed is working in France. “Every one of us is somehow related to one of the persons who died.”

The first residents of Mit Badr Halawa arrived in France in the 1970s, said Mahmoud Badr, the administrator of the village’s news page on Facebook. They were four brothers from the Badrawi family and began selling vegetables in a market. They saved money and invested it in a shop. Then they began sponsoring young men from the village to come to France. That pipeline has continued.

“There’s no work in Egypt, so people are still trying to better their situation,” Nagib said. “Not just young people, even old ones. Anyone who can find a way goes to France.”

Now, the majority of villagers work in the construction business, mostly painting French houses or selling fruits and vegetables in local markets. But there are also engineers and doctors, said Badr, who has lived in France for a decade and runs a construction company. He started the Facebook page in 2011 as a way for the roughly 10,000 members of the Mit Badr Halawa community in Paris to stay in touch with their families and friends in Egypt — and share news.

That’s how many people in the village first heard about Flight 804.

The French connection has made Mit Badr Halawa an anomaly in Egypt.

The country’s economy is struggling; tourism numbers are down sharply. In any corner of the country, there are hundreds of unfinished buildings. But not in this village. Mansions have sprung up everywhere, driven by remittances from France. Those who left have not forgotten their roots. They have sent back money to fund mosques, repair roads and assist the poor.

At one bus stop, a sign reads: “A gift from the family house in France.”

“The money from France has entered every part of life,” Nagib said.

Like other Egyptians, many villagers don’t blame the government or EgyptAir. Rather, there’s a sense that the country is being subjected to a double standard. No one has forgotten how, after Islamist militants claimed responsibility for the downing of a Russian charter plane over the Sinai Peninsula, killing all 224 people on board, international focus was on Egypt’s airport security, which led to a precipitous drop in tourism revenues.

“Why is the focus so much on Egypt and EgyptAir?” Ashry asked. “Why isn’t the focus on Charles De Gaulle Airport or the plane’s maker?”

Haitham Dedah, 32, was on Flight 804 with his daughter Donya. He was coming to the village to leave the 2-year-old with his parents before returning to his wife and other daughter in Paris. His wife is eight months pregnant. Once she gave birth, he was planning to come back with them for the traditional baby-naming ceremony and to spend the holy Muslim fasting month of Ramadan in the village.

“This is all psychologically painful for all us, especially thinking of the father with his little girl, holding her tightly as the plane crashed,” said Hassan Shadad, ­Dedah’s cousin. “This makes us all very upset.”

Dedah was also the employer of Daoud’s son Waleed. The 28-year-old paid roughly $7,000 to a smuggler to take him by boat from the Egyptian port of Damietta to Turkey and eventually to Italy. He then entered France, where he sought out Dedah, who was their neighbor in Mit Badr Halawa.With the plane crash, Daoud expects that the money his son sends from France will dry up. But he’s also counting on the village.

“There are other people from Mit Badr Halawa in France,” he said. “He’ll find work.”