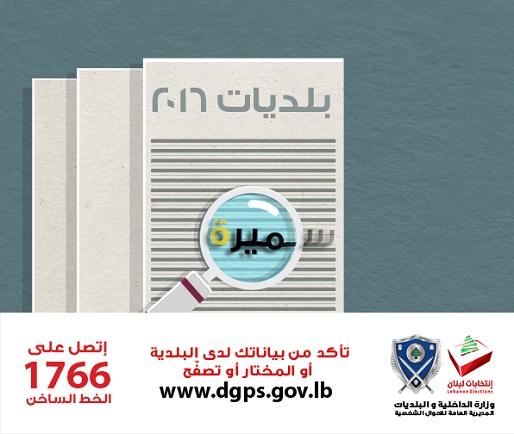 Lebanon is a politically fractured country, boasting 18 officially recognized religious groups all vying for political power. These groups have long sought outside support to outcompete their rivals. As a result, Lebanon is also a country torn, where the melodramas of the Middle East play out and other countries, mainly Iran and Saudi Arabia, jockey for influence. Now that Lebanon’s municipal elections are underway, the country’s political divides are on full display, and they could widen even further as the vote unfolds.

The Lebanese government’s failure to function is, at its heart, a direct result of the wider polarization in the Middle East playing out in Lebanese politics. The country’s multiple faith-based political parties are split on two interconnected issues: Syria’s role in Lebanon, and Lebanon’s alignment with either Iran or Saudi Arabia. Consequently, Lebanese policies on its status in the Middle East are ambivalent.

The government’s failure to elect a new president is especially revealing. Ever since former President Michel Suleiman’s mandate expired in May 2014, the country’s political blocs have been at odds over who will lead. The parliament — not public popular opinion — chooses the president, requiring consensus among political parties. Political alliances with divergent views on whether Lebanon should support Iran or Saudi Arabia have prevented the country from settling on a leader.

Lebanon’s political parties formed two major blocs during the Cedar Revolution of 2005, during which Syria and Hezbollah’s involvement in Lebanon forced the country into either pro-Iran or pro-Saudi Arabia camps. The broadly Saudi-leaning March 14 Alliance rejected the Syrian presence in Lebanon and opposed the destabilizing role that it claims Hezbollah has played in the country. This sentiment, which had been brewing for some time, solidified after the assassination of Sunni leader Rafik al-Hariri in February 2005. His son, former Prime Minister Saad al-Hariri, now leads the movement. In contrast, the generally Iranian-leaning March 8 Alliance is dominated by Shiite political parties Hezbollah and the Amal Movement, which are teamed up, notably, with Christian leader Michel Aoun of the Free Patriotic Movement.

The lines between the alliances had been settled until recently. In February, Saudi Arabia withdrew its military and security aid, worth $4 billion, citing the refusal of Lebanese Foreign Minister Gebran Bassil to condemn Hezbollah and Iran’s activities in the Middle East. Renewed competition for influence in the country, from Iran and even Russia, ensued. Then there was the controversy surrounding the Lebanese central bank’s decision to uphold U.S. sanctions against Hezbollah, which likely upset Tehran. These developments could polarize the country between Sunni and Shiite leaders.

Meanwhile, Lebanon’s Christians straddle both alliances. Although Lebanon has not held a census since 1928 — verifiable demographic changes could upend the country’s sectarian political system — Christians are estimated to constitute more than 30 percent of the population. More important, the law requires that Lebanon’s president be a Maronite Christian, as has been the case essentially since the country was founded. As a result, Sunni and Shiite leaders have aimed to build coalitions that include Christians for their demographic and political support.

But these alliances have always been marriages of convenience without much prospect for longevity. In particular, Lebanon’s Christians have increasingly engaged with one another outside their main political blocs. A notable recent example came after al-Hariri, the leader of the March 14 Alliance, flipped his endorsement for the presidency to Suleiman Frangieh Jr., a member of the rival March 8 Alliance, hoping it would lead to a compromise with Hezbollah. In response, Samir Geagea, the head of the Christian political party Lebanese Forces and the March 14 Alliance’s original choice for president, allied with Aoun, a member of the March 8 Alliance, and threw his support behind Aoun’s presidential bid.

Lebanon is holding municipal elections in this fractured context. The elections began May 8 and will be held over four consecutive Sundays, ending May 29. They are already magnifying the country’s political struggles, particularly among the political blocs, which have shown the limits of their influence at the local level. Despite Geagea and Aoun’s Christian alliance, both have had trouble making their parties cooperate locally, running against each other in the elections and butting heads in several areas. For example, in the Jounieh municipality, Aoun accused Geagea’s party of corruption. Still, to preserve the budding relationship nationally, Aoun has said Geagea was not involved in those local issues.

Also of note in the municipal elections is the March 14 Alliance’s waning influence. Though al-Hariri’s municipal list won in Beirut, the party had only a 10 percent popularity rating among the capital’s Sunni population. In fact, a grassroots political group called Beirut Madinati, whose candidates include inexperienced and relatively unknown intellectuals and artists, won 40 percent of the vote in Beirut because of widespread discontent or apathy toward the March 14 Alliance. According to Stratfor sources, as a result of al-Hariri’s poor showing, his Sunni rivals in Tripoli and Sidon are contesting his leadership. Al-Hariri’s political and financial troubles with Riyadh — especially after the withdrawal of military aid — are likely also hurting his popularity in Lebanon, where political patronage is prevalent. Sources also said the Saudis want to have multiple Sunni leaders, and al-Hariri is trying to create a loose alliance with most of them to avoid standing alone.

But based on the municipal elections results, Hezbollah’s popularity has similarly declined. Rival lists won a much greater share of votes than was expected in some municipalities in Baalbek-Hermel.

As Lebanon completes the final rounds of its municipal elections, cracks in the country’s political blocs will continue to widen, complicating the already perplexing political environment. The increasing irrelevance of the March 8 and March 14 alliances has expanded the crisis in the country’s Sunni leadership and forced Christians to band closer together. Power plays in the Middle East are making political collaboration in Lebanon equally difficult. Nevertheless, it is also possible that Christian parties working together outside of the rival blocs could initiate a new dialogue, perhaps leading Lebanon out of gridlock. Yet even if the country succeeds in finally electing a president, sectarian tensions are still far from over as Saudi Arabia and Iran continue to compete for influence in Lebanon.