Apple should buy Tesla, could be a marriage made in heaven 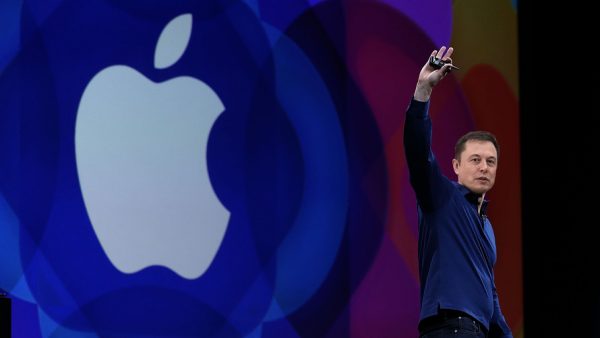 Its last breakthrough innovation was the iPhone — which was released in 2007. Since then, Apple     has simply been tweaking its componentry, adding faster processors and more advanced sensors, and playing with its size — making it bigger in the iPad and smaller in the Apple Watch.

Chief Executive Tim Cook is probably one of the most competent operations executives in the industry but is clearly not a technology visionary. Apple needs another Steve Jobs to reinvent itself; otherwise it will join the ranks of HP and Compaq.

That Steve Jobs may be Elon Musk — who has proven to be the greatest visionary of our times.

In the same period that Apple released the iPhone and successors, Musk developed two generations of world-changing electric vehicles, perfected a new generation of battery technologies and released first-generation autonomous driving capabilities. And that was in Tesla Motors Inc. TSLA,

In his other company, SpaceX, Musk developed a spacecraft, docked it with the International Space Station and returned with cargo. He’s launched two rockets to space that have made  vertical  landings back to back on earth  — one on a helicopter-like pad and another on a ship in the ocean.

Musk is also developing the Hyperloop, a high-speed transportation system in which pressurized capsules ride on an air cushion driven by linear induction motors and air compressors. In discussions that I had with him in 2012, Musk told me that his ambition was to build a space station and retire on Mars. He wasn’t joking, I expect he will do this.

Apple has reportedly been developing an electric vehicle because it sees a car as an iPhone on wheels. It is conceivable that it will demonstrate something like this in the next five to 10 years.

But Tesla already has this technology — and it is amazing. I have likened my Tesla Model S to a spaceship that travels on land. I consider it to be better than any Apple product — because it is more complex, elegant, and better designed than anything that Apple offers.

Apple should buy Tesla and appoint Elon Musk as CEO.

Would Musk be interested in being part of Apple when Tesla is on top of the world? Tesla just received nearly $20 billion in orders for its Model 3 — a record for any product in history. Musk reportedly turned down an acquisition offer from Google in 2013 when it was on the verge of bankruptcy. Why would he consider such an offer now, from Apple?

My guess is that he would do this — if he were offered the chief executive role.

A combination of an operations executive such as Cook and a visionary such as Musk would be formidable. Apple’s vast resources would allow Tesla to scale up its operations to deliver the nearly 400,000 orders it has received for the Model 3. Tesla would be able to leverage Apple’s global distribution network and incorporate many new technologies. Musk would be able to pursue his dream projects while Cook worried about delivery and detail.
And Cook would get the visionary that Apple badly needs, someone who is even a cut above Steve Jobs. The markets would rejoice and take Apple stock to a level higher than anything it has seen before.

Consider that Tesla’s market cap of $33 billion is eminently affordable by Apple, which has reserves of more than $200 billion. And Apple lost $47 billion in valuation with its earnings announcement Tuesday, which is more than it would likely cost to acquire Tesla.

This could be a marriage made in heaven. We would get world-changing innovations as well as our space colonies.