UAE plans to build a mountain to modify its weather 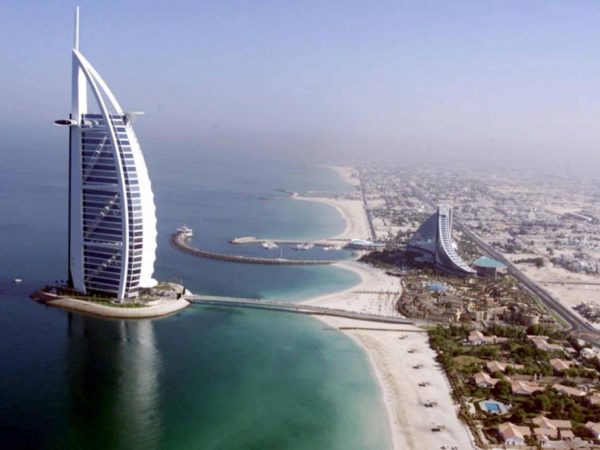 The United Arab Emirates — made up of seven sheikdoms including the oil-rich capital Abu Dhabi and freewheeling Dubai — has become a hub for young professionals and a safe haven in a region blighted by political turmoil and poverty KARIM SAHIB AFP/File
Share:

The United Arab Emirates is planning to build a man-made mountain to increase rainfall.

The desert nation is hoping the major project will recreate the effect of mountain ranges and force air to rise, creating clouds that will allow cloud-seeding.

Cloud-seeding is a type of weather modification which aims to alter the amount and type of precipitation produced by clouds.

They are deciding on the most effective locations in the Emirate states to build it, while also pondering how wide and tall it should be.

Roelof Bruintjes, an expert in weather modification programs from NCAR, told Arabian Business: “Building a mountain is not a simple thing. We are still busy finalising assimilation, so we are doing a spread of all kinds of heights, widths and locations [as we simultaneously] look at the local climatology.

“If [the project] is too expensive for [the government], logically the project won’t go through, but this gives them an idea of what kind of alternatives there are for the long-term future.

“If it goes through, the second phase would be to go to an engineering company and decide whether it is possible or not.”

If successful, these man-made clouds will allow planes to deposit chemicals such as silver iodine, which will increase rainfall.