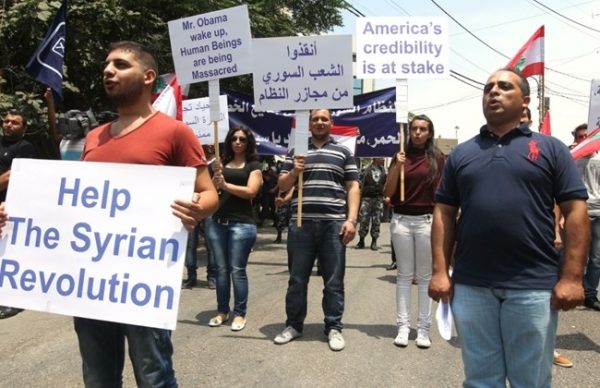 “Protecting Lebanon from terrorism is the responsibility of the Lebanese Army and the country’s security forces, not of a party like you Hezbollah,” one of the speakers from the Lebanese Option Party said during a   protest in Martyrs’ Square.

Thousands of Hezbollah members  have been fighting since 2013  inside Syria alongside the  troops  loyal to embattled president Bashar al Assad.  Hezbollah officials claim that  the intervention was necessary to protect Lebanon from terrorist infiltration, as well as to protect minorities and their religious sites in Syria.

But critics  disagree with the party  and   claim that Hezbollah is acting on orders from its backer  Iran   and that   its role in Syria is not in our interest and  has  invited attacks on Lebanon.