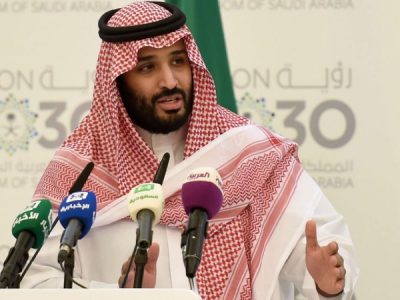 Saudi Arabia is not yet ready to end the world’s only ban on women driving cars.

Despite moves towards rights for women under King Abdullah before his death, deputy crown prince Mohammed bin Salman Al Saud has said the Saudi community “is not convinced about women driving”.
The 30-year-old prince, who has amassed increasing powers since his father King Salman came to the throne, said the topic was not about Islam but about cultural norms.

“Women driving is not a religious issue as much as it is an issue that relates to the community itself that either accepts it or refuses it,” he said, according to local media reports.

The defence minister and favourite son of the current king, who is suffering from dementia, has been accused of influencing Saudi policy from the wings since his father came to the throne last January.

The German intelligence agency BND published a memoir which said the prince’s concentration of power into his own hands “harbours a latent risk that in seeking to establish himself in the line of succession in his father’s lifetime, he may overreach”.

Prince bin Salman has elsewhere appeared to indicate that he is supportive of increasing women’s rights in the Sunni Islam-majority country.

In a previous interview he has said: “We believe women have rights in Islam that they’ve yet to obtain.”

Yet he said most recently that the “community” still thinks allowing women to drive will have negative consequences.

When asked why Saudi Arabia has one of the lowest rates of women in the workforce in the world he said change would “take time”.

“[The woman] is not used to working. She needs more time to accustom herself to the idea of work,” he told The Economist.

“A large percentage of Saudi women are used to the fact of staying at home. They’re not used to being working women.

He also said women working would help the country be more productive and deal with population growth issues.

Women in Saudi Arabia cannot open a bank account without their husband’s permission or leave the home without a male guardian known as a “mahram”.

The Shoura Council in the country, the king’s advisory body, recently ruled that female television presenters should not “show off their beauty”, while a young woman who was raped while out by herself received more lashes in punishment than one of her attackers.