Iraqi Christians in Czechia ask to be sent back home 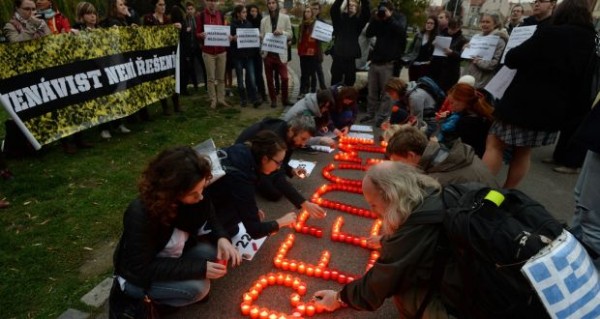 Protesters show their solidarity with migrants detained in Czech refugee detention centres in Prague last November. The Czech government had backed a scheme run by church groups to resettle Christians driven from their homes by extremist organisations like Islamic State. Photograph: Michal Cizek/AFP/Getty Images
Share:
Sixteen Iraqi Christians in the Czech Republic ( Czechia) on Tuesday asked to be sent back home after a failed bid to move to Germany, Czech Interior Minister Milan Chovanec said.

“They probably realized they would have to stay in the Czech Republic, given the limited possibilities of moving elsewhere,” Chovanec said on public television.

“If I were fleeing a war-stricken country, I’d be grateful to whatever country offered me assistance and I wouldn’t look to leave it a few days or weeks later,” he added on CT 24 television.

The Iraqis, who are now staying at a center in the eastern village of Zastavka, were detained on Thursday near the German border.

The group had come to the EU member under a government program to resettle 130 Christians from Iraq’s Kurdistan region and 23 Iraqi refugees from Lebanon.

But earlier this month the Czech government abandoned the program co-organised with the Generace 21 charity fund after many decided to request German asylum.

“It’s impossible to support a project which doesn’t meet its goals,” Chovanec said at the time.

The Czech Republic should not be “mistaken for a travel agency”.