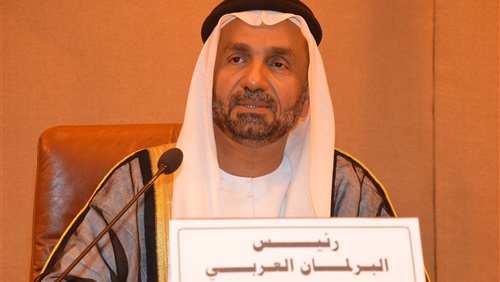 The Arab  Arab Parliament  which is affiliated with the Arab League has also  decided to designate Hezbollah as a “terrorist group,” Arab media reports said on Sunday.

“We hope Hezbollah  points its weapons at Israel,” KUNA quoted al-Jarwan as saying.

“After discussing some legal aspects related to security issues during the parliament’s fourth session at the Arab League headquarters today, especially by members from Kuwait and Bahrain, the Arab Parliament has decided to consider Hezbollah  a terrorist group,” al-Jarwan added.

“The Arab Parliament’s foreign affairs committee has condemned Hezbollah’s interferences and labeled it terrorist,” the Arab official went on to say.

The Arab League itself declared Hezbollah a “terrorist” group in March after the countries of the Gulf Cooperation Council, GCC  did the same earlier in the month over alleged interference by the movement in the affairs of a number of Arab states.

On Friday, the world’s top Muslim body, the Organization of Islamic Cooperation, also  condemned Hezbollah over alleged “terrorist activities in Syria, Bahrain, Kuwait and Yemen and for supporting terrorist movements and groups undermining the security and stability of OIC Member States.”

In February, Saudi Arabia halted a $4 billion program for military supplies to Lebanon in protest against Hezbollah. Announcing the funding cut, a Saudi official said at the time that the kingdom noticed “hostile Lebanese positions resulting from the stranglehold of Hezbollah on the state.”

After that announcement, Saudi Arabia urged its nationals to leave Lebanon and avoid traveling there, with most of the GCC countries later issuing similar advisories.

In addition  to the Arab countries ,the United States, Canada and Australia have  listed Hezbollah as a “terrorist” group while the European Union has only blacklisted its military wing.