Lebanese teachers don’t want to teach their students to “hate”, Schools should be politically neutral and stance on Israel revised 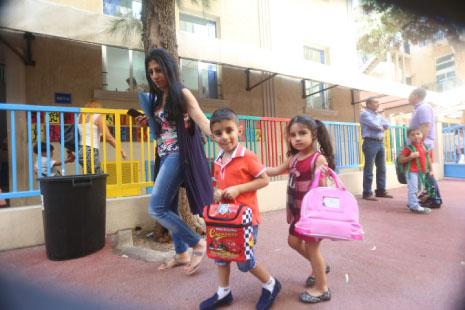 The Lebanese teachers said they “do not want to involve politics in the education system, which should be neutral and not subject to political perceptions.”

“We do not want to educate our children to hate, even if the enemy (Israel) occupies our land, violates our sovereignty, and overlooks our border,” the teachers added.

The Center for Educational Research and Development, a national organization within Lebanon’s Ministry of Education, organized several discussions last week regarding the goals of the Lebanese school curriculum. Members of a curricular committee for Arabic-language studies said in the discussions that they oppose including the phrase “animosity toward the oppressing Zionist entity” in the curriculum. Additionally, a professor from American University of Beirut expressed that the curriculum should include a notation of Lebanon’s fight against “religious extremism that threatens Arab states.”

“We educators must have the guts to focus on the positive aspects of the human citizen’s personality. We must and not just talk about Zionism, as we have a list of priorities for many; including the facing of political and religious extremism which threatens the Arab region and sectarianism rooted in us.” Philosophy professor at the American University of Beirut Waddah Nasr was quoted as saying.

On the other hand Hezbollah supporters at the Lebanese University are opposed to any changes in the definition of the enemy, according to the report. They believe that students should know who the real enemy is and be raised on that basis.