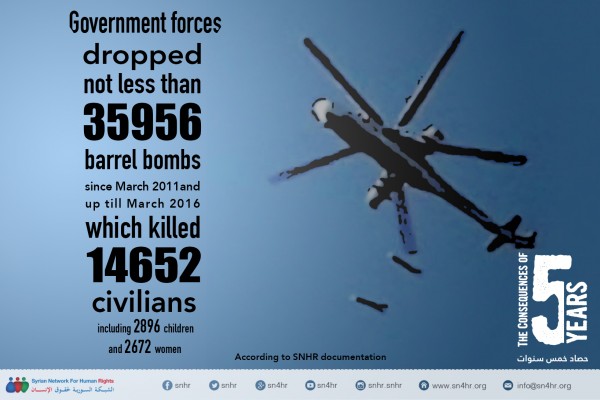 After the U.S. expanded the blacklist in December 2014, the Syria Campaign, a global advocacy group, began a widespread online campaign to pressure European leaders to do the same. Twenty-six hours and 3,655 emails to Italian Foreign Minister Federica Mogherini later, the E.U. also banned the sale of aviation fuel to the Syrian regime.

But according to the OFAC blacklist, the Abdulkarim Group and Pangates both worked with Europe-based companies to circumvent sanctions and deliver aviation fuel to Syria. Netherlands-based Staroil BV and Switzerland-based companies Rixo International and Blue Marine SA were also blacklisted for allegedly attempting to circumvent sanctions a number of ways, including falsifying documents and using shell companies that had not been blacklisted.

Less than a year after Pangates was blacklisted, Mossack Fonseca certified that the company was “in good legal standing.” The law firm “helped the company incorporate and maintain offshore branches in Seychelles, a tax haven in the Indian Ocean,” the ICIJ report added.

The fact that the companies’ names showed up on Mossack Fonseca’s records was not unexpected, Henrietta McMicking, the Syria Campaign’s senior press officer, told IBT.

“For us it’s another predictable horror. Our reaction is rather resigned, the Assad regime will find any way they can to get fuel for their aircrafts.”

Manal told IBT she had not read the investigative report but said she was “not surprised.”

“The regime has always been supported by Russia and Iran. If it did not get fuel from other companies, it would probably reduce the air raids but would not stop them completely,” Manal said.

Abu Ahmad, a medical practitioner working in a field hospital in Homs, was equally resigned. “I do not believe these sanctions,” he said. “In my opinion, all they [the West] say is false. I think they are able to stop Assad, but they do not want that.”

Ahmad rang in the new year treating shrapnel wounds and severed limbs in a field hospital in Homs. It was the deadliest and most intense period of bombing his area had seen since the war began. His hospital received as many 50 bodies and hundreds of injured people every day.

“Some of the barrel bombs and others are Russian airplane attacks,” Ahmad said.

Manal, too, has firsthand experience with the grisly aftermath of a barrel bomb attack. She told IBT barrel bombs explode with such intensity, and so close to the ground, that she has seen someone’s head explode.

“Sometimes the pilot deliberately lengthens the flight before throwing the barrel in order to increase our fear,” Manal said. “Then it falls on you from the sky and draws all the air around the place before it hits the ground. We need two minutes until we realize we survived and begin to search for victims under the rubble.”

Barrel bombs are designed to maximize the number of casualties: Filled with a range of available dangerous objects such as TNT, metal fragments, nails, ball bearings and shards of old machinery, each bomb can weigh between 440 and 1,100 pounds.

Two types of barrel bombs are used in Syria — the first is a cylindrical container, usually an oil barrel or gas tank made of either cement or metal that can reach 5 feet long, and the second is a large, square container that has been described among activists as an “explosive dumpster” consisting of a garbage container or water tank that is around 10 feet long and 6.5 feet high.

In February 2014, United Nations adopted Resolution 2139 demanding “that all parties [in the Syrian war] immediately cease all attacks against civilians, as well as the indiscriminate employment of weapons in populated areas, including shelling and aerial bombardment, such as the use of barrel bombs.”