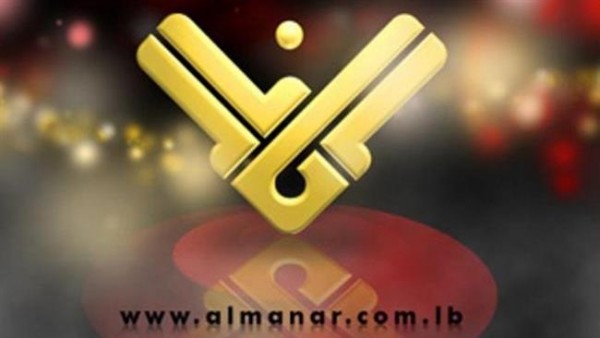 Hezbollah blasted on Wednesday a decision by a leading Arab satellite operator to drop transmission of its al-Manar television channel, and urged it to reverse its decision

“Hezbollah sees a blatant violation of freedom of opinion and freedom of expression in the unjust decision that was taken by the Egyptian Satellite Company (NileSat),” the party said in a statement.

The decision “is very far from what was hoped from Egypt during this period and from the role that Cairo can play to rectify the course of events in the region,” Hezbollah added.

“It shows full compliance with the onslaught that some Arab regimes are waging against the resistance and all its sectors, including the journalistic field,” the party added.

It also called on NileSat’s administration to “immediately reverse the decision, in line with the right to freedom of expression and with the laws that regulate the relations between the company and the media firms that deal with it.”

Al-Manar was taken off NileSat on Tuesday and officials at both the TV network and the Cairo-based NileSat confirmed Wednesday that the transmission had been cut over accusations the channel violated its contract by airing programs promoting “sectarian” divisions.

“This is a political decision, not an industry decision. Al-Manar has nothing to do with sectarian strife,” the channel’s general manager Ibrahim Farhat told AFP, calling the move “unjust and arbitrary.”

“This is part of the political problem in the region, that they’re taking out on the media,” Farhat said.

Asked about the decision to cut al-Manar’s transmission, a senior NileSat official said channels “must abide by not airing any violent or racist content, or provoking sectarian strife.”

“No other channels have violated the contract,” he told AFP, in response to a question on whether any other Lebanese channels would be affected.

The cut came ahead of an expected visit this week by Saudi King Salman to Egypt, which operates the NileSat satellite.

Earlier this year, the kingdom halted a $3 billion program of military aid to Lebanon to protest what it said was “the stranglehold of Hezbollah on the State.”

It also urged its citizens to leave Lebanon and avoid traveling there.

Al-Manar said on Twitter that it could still be watched via a Russian satellite or online.

The moves against Hezbollah come amid a spike in tensions between its backer Tehran and Riyadh this year after demonstrators stormed the kingdom’s missions in Iran following Saudi Arabia’s execution of a pro Iran Shiite dissident cleric.

The kingdom cut diplomatic ties with Iran and led Arab allies in a series of retaliatory measures against it.