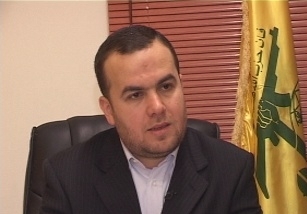 A least one suspect has been arrested , officials said Tuesday following investigations into illegal internet providers in Lebanon

Investigations are starting to reveal new names of those involved in the scandal, officials added.

“The military judiciary is reexamining the case regarding the Zaarour network based on a new report that was given to us,” head of Parliament’s Media and Telecommunications Committee, MP Hassan Fadlallah, said in a press conference from Parliament after a committee meeting.

The Hezbollah MP had announced last week that four internet networks in the Dinnieh highlands in north Lebanon, and Oyoun al-Siman, Faqra and Zaarour in Mount Lebanon were found to be unlicensed and illegal.

Around 80 army bases and other police stations were using the illegal internet, as well as some government departments, he had said at the time.

“We have many questions to ask security forces, which were not aware on how the equipment entered Lebanon and how they were installed to provide illegal internet,” Fadlallah said during Tuesday’s press conference.

He added that any individual found to have given a false statement about the case will be held accountable.

“A lot of corruption cases in Lebanon are now being uncovered and there is hope of reaching justice as there are people shedding light on these scandals,” he said.

Telecommunications Minister Boutros Harb confirmed during the press conference that his ministry discovered the scandal, adding that one person has so far been arrested in the case.

“The public prosecution has not ended its investigations yet and we are waiting for it do so,” he said, adding that an individual from the Ghrabi family was in custody while new names were being revealed.

The minister said the security forces’ carelessness is what led to the installation of the illegal networks, but added that he did not want to accuse any individuals yet.

Last week he said the blame should not be put on the military and security institutions as a whole, but rather on those who showed negligence in the case or were found to be involved.

Harb said Tuesday that there were sides trying to exploit the scandal to place blame and throw accusations, but stressed that the judiciary would have the final say in the matter and uncover the truth.

Last week, Finance Minister Ali Hasan Khalil announced that the state was losing $200 million every year as a result of the illegal internet providers, a scandal announced by Harb last month which shook the country after he said that Israel was using the networks to spy on Lebanon.

He announced on Monday that there has been a 15 percent increase in internet sales revenue since the scandal was brought to light.

State Prosecutor Judge Samir Hammoud had explained to the state’s National News Agency that the investigations will be divided into four stages, something Fadlallah affirmed on Tuesday.

These stages will comprise of the arrest of several Ogero telecom company employees and security personnel suspected of involvement in the case, a probe into Israel’s connection to the illegal networks, an investigation into the negligence of several officials and another inquiry into the purchase of these networks from Turkey and Cyprus.

Harb had characterized these networks as a national security threat, and alleged that the owners of the unauthorized stations were buying bandwidth from Turkey and Cyprus and selling it to Lebanese subscribers at prices below official rates.

Analysts are of the opinion that Hezbollah is more worried about the security of its own network than the loss of revenue for the state .