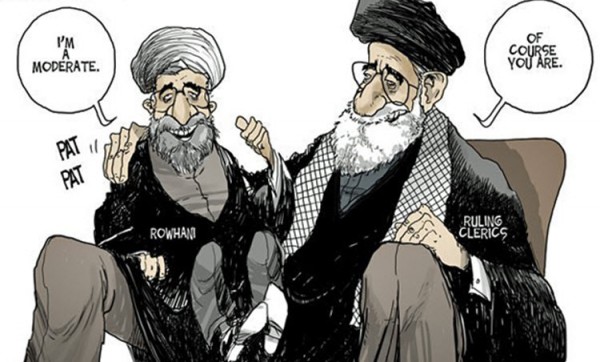 Iran’s President Hassan Rohani has put women and young people at the centre of his policies during his first term in office, and it’s their voices that matter as the country gears up for its double polls on Friday.

Two-thirds of the Iranian population are under the age of 30, and this group constitutes about half of the country’s eligible voters. They are also the country’s most vocal demographic.

They will turn out at the polls on Friday amid widespread disillusionment over high unemployment and a faltering economy, despite the landmark nuclear deal made by Rohani that paved the way for the lifting of the crippling sanctions against the country.

A high youth turnout is seen as vital if Rohani is to push his reformist agenda forward.

At the Imam Sadiq University, previously a Harvard campus branch that is considered a training ground for Iran’s future leaders, students are split between support for Rohani and a desire for their leaders to toe Ayatollah Khamenei’s line.

“We want someone who follows the instructions of our Ayatollah Khamenei,” law student Mohammad Adami told FRANCE 24. “That’s the kind of person that we are looking for – whether they are reformists or conservatives. And it doesn’t matter for us whether they have a beard or not.”

For others, Iran’s high unemployment rate – 40 percent of the country’s graduates are out of work – is their biggest concern.

“We really have no hope,” said pro-reform engineering student Roya Nabavahi. “The employment situation is at a low point in our country. Many are unemployed. In my case, when I graduate as an engineer, it’s not even certain that I will be able to find work.”

Political analyst Saeed Leilaz is confident of a high turnout of Iran’s youth on Friday.

In a bid to encourage each other to vote, Iran’s youth have been flocking to social media – with slogans such as “I will vote and I vote because I am”.

But only Friday will tell whether they will be able to overcome their disillusionment and make their voices heard.