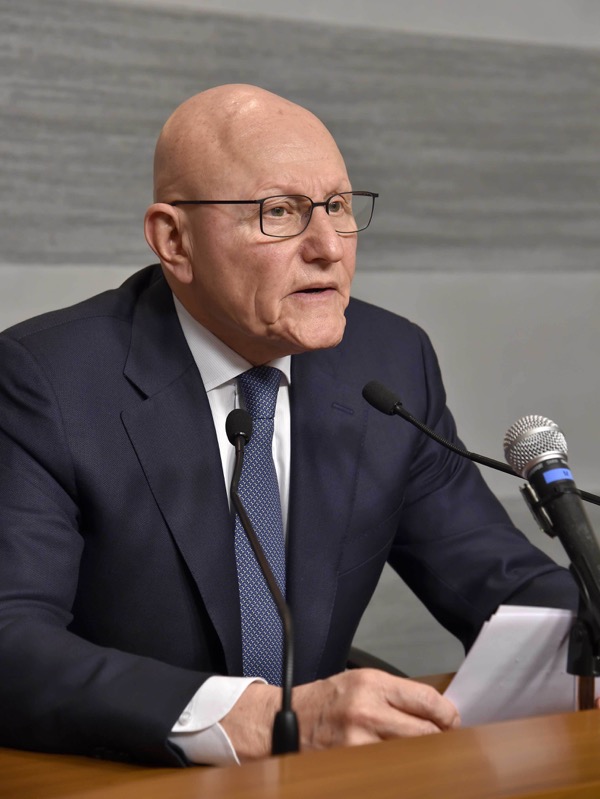 The Lebanese cabinet voiced on Monday its unanimous and constant support to Arab countries, stressing Lebanon’s Arab identity and its role as a founding member of the Arab League.

“We are committed to Arab consensus on the common issues,” said a cabinet statement recited by Prime Minister Tammam Salam after an extraordinary session at the Grand Serail.

The cabinet’s extraordinary session was held following Saudi Arabia’s decision last week to cancel a $4 billion worth of arms as a grant to the Lebanese army and security forces.

Bassil is the head of the Free Patriotic Movement, which is one of the strongest allies of the Iran-backed Hezbollah militant group.

“Lebanon will not forget Saudi Arabia’s role in reaching the Taef accord and in helping it rebuild the country after the civil war,” continued Salam after the cabinet session that lasted more than six hours.

“Lebanon will not forget that Saudi Arabia and other Arab countries have hosted Lebanese expatriates, who contributed to achieving prosperity in these states,” he added.

The premier stressed that Lebanon must bolster its ties with Arab countries and overcome various obstacles that have recently arisen.

He revealed that he will hold a series of contacts with Arab figures before embarking on a tour of Arab states.

He told reporters: “We strongly condemn the attack against Riyadh’s embassy in Tehran, which goes against international treaties.”

Saudi Arabia’s decision to cancel its grant to the Lebanese army sparked a wave of condemnation in Lebanon against Hezbollah and Bassil.

Riyadh severed its diplomatic ties with Tehran last month after demonstrators stormed its embassy and a consulate following the Saudi execution of a Saudi Shiite cleric and activist, Nimr al-Nimr.

A Saudi official was quoted by the Saudi Press Agency on Friday ” we deplore the political and media campaigns inspired by Hezbollah against Saudi Arabia,” as well as what he called the group’s “terrorist acts against Arab and Muslim nations.”

Hezbollah chief Sayyed Hassan Nasrallah on Tuesday accused Turkey and Saudi Arabia of dragging the entire region into war and said “victory” was imminent for his group and its Syrian regime allies.