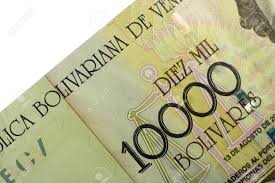 Venezuelan President Nicolas Maduro on Wednesday devalued the currency and raised heavily subsidized fuel prices in an effort to stem a widening economic crisis, though critics of the socialist leader quickly dismissed the moves as insufficient.

The measures are meant to help shore up the OPEC nation’s finances as plummeting oil prices and a collapsing state-led economic model have left the country with a severe recession, triple-digit inflation and chronic product shortages.

“This is a necessary measure, a necessary action to balance things, I take responsibility for it,” Maduro said, in reference to the fuel hike during a combative four-hour speech in which he insulted opposition leaders and occasionally used foul language.

The reforms risk fueling triple-digit inflation at a time when millions are struggling to make ends meet, and comes two months after the ruling Socialist Party suffered a blistering defeat in parliamentary elections due to anger over the crisis.

The package will likely be seen by Wall St. investors, who are increasingly concerned about a potential default, as mildly positive but still vastly insufficient to help Venezuela make some $10 billion in debt payments amid a major cash crunch.

“Bottom line is no change to cashflow for this year and hefty year end debt payments,” wrote Siobhan Morden of Nomura in an email.

The measures devalue the strongest official exchange rate by 37 percent to 10 bolivars per dollar from 6.3, and streamline the previous three-tiered system into a dual exchange rate mechanism. The weaker of the two rates will be a free float based on an existing system that currently sells dollars at around 200 bolivars, Maduro said.

Critics immediately questioned the latter claim, noting that the government has repeatedly announced “free-floating” systems that withered away precisely because authorities never allowed them to be determined by demand.

The price of premium gasoline will rise by 1,329 percent, but fuel is so heavily subsidized that fueling a small car will still cost about half the price of a soft drink, or about $0.23 based on the black market exchange rate.

“The devaluation from 6.3 to 10 will not have a relevant impact,” wrote economist and pollster Luis Vicente Leon on Twitter. “With respect to the gasoline, the only way to consolidate is to adjust (the price) regularly, otherwise it will be pulverized by inflation.”

Critics say the only solution to Venezuela’s economic problems is to entirely dismantle the 13-year-old currency system created during the government of late socialist leader Hugo Chavez.