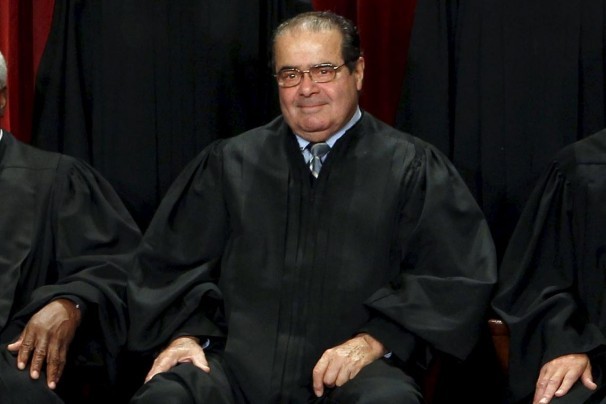 MARFA, Tex. — In the cloistered chambers of the U.S. Supreme Court, Justice Antonin Scalia’s days were highly regulated and predictable. He met with clerks, wrote opinions and appeared for arguments in the august courtroom on a schedule set months in advance.
Yet as details of Scalia’s sudden death trickled in Sunday, it appeared that the hours afterward were anything but orderly. The man known for his elegant legal opinions and profound intellect was found dead in his room at a hunting resort by the resort’s owner, who grew worried when Scalia didn’t appear at breakfast Saturday morning.

It then took hours for authorities in remote West Texas to find a justice of the peace, officials said Sunday. When they did, she pronounced Scalia dead of natural causes without seeing the body and without ordering an autopsy. A second justice of the peace, who was called but couldn’t get to Scalia’s body in time, said she would have made a different decision.

“If it had been me . . . I would want to know,” Juanita Bishop, a justice of the peace in Presidio, Tex., said in an interview Sunday of the chaotic hours after Scalia’s death at the Cibolo Creek Ranch, a luxury compound less than an hour from the Mexican border and about 40 miles south of Marfa.

As official Washington tried to process what his demise means for politics and the law, some details of his final hours remained opaque. As late as Sunday afternoon, for example, there were conflicting reports about whether an autopsy should have been performed. A manager at the El Paso funeral home where Scalia’s body was taken said his family made it clear that they did not want one.

Washington Post reporter Robert Barnes explains where the Supreme Court stands after the death of Justice Antonin Scalia and how the vacant seat will impact the presidential election. (Whitney Leaming/The Washington Post)
Meanwhile, Presidio County Judge Cinderela Guevara acknowledged that she pronounced Scalia dead by phone, without seeing his body. Instead, she spoke to law enforcement officials at the scene — who assured her “there were no signs of foul play” — and Scalia’s physician in Washington, who said that the 79-year-old justice suffered from a host of chronic conditions.

“He was having health issues,’’ Guevara said, adding that she is awaiting a statement from Scalia’s doctor that will be added to his death certificate when it is issued later this week.

Guevara also rebutted a report by a Dallas TV station that quoted her as saying that Scalia had died of “myocardial infarction.” In an interview with The Washington Post, she said she meant only that his heart had stopped.

“It wasn’t a heart attack,” Guevara said. “He died of natural causes.”

In a statement Sunday, the U.S. Marshals Service, which provides security for Supreme Court justices, said Scalia had declined a security detail while at the ranch, so marshals were not present when he died. “Deputy U.S. Marshals from the Western District of Texas responded immediately upon notification of Justice Scalia’s passing,” the statement said.

One thing was clear: Scalia died in his element, doing what he loved, at a luxury resort that has played host to movie stars and European royalty, and is famous for bird hunts and bigger game, such as bison and mountain lions.

“Other than being with his family or in church, there’s no place he’d rather be than on a hunt,” said Houston lawyer Mark Lanier, who took Scalia hunting for wild boar, deer and even alligators. Lanier said he first learned of Scalia’s love for hunting through former Supreme Court justice Sandra Day O’Connor. “He’ll do anything if you take him hunting,” Lanier recalled O’Connor saying.

Scalia had recently returned from a trip to Asia, where his last public event was a book signing in Hong Kong. John Poindexter, the Houston businessman who owns the Cibolo Creek Ranch, said Sunday that Scalia and a friend arrived Friday by chartered aircraft, traveling through Houston. At the ranch, Scalia joined about 35 other people invited by Poindexter, who declined to name the other guests.
Later that day, Scalia went out with the group to hunt blue quail. But “he did not exert himself,” Poindexter said. “He got out of the hunting vehicle, and walked around some.’’

Law enforcement officials said Scalia attended a private party that night with the other guests, and left to go to bed early. But Poindexter said that didn’t seem unusual: All of the guests were tired from traveling to the remote ranch, as well as the day’s other activities. Everyone was in bed by 10 p.m., he said.

The next morning, Scalia did not show up for breakfast. Poindexter at first thought he might be sleeping late, but eventually grew concerned. Late Saturday morning, he and one other person knocked on the door to Scalia’s room, an expansive suite called the “El Presidente.” When there was no answer, they went inside.

“Everything was in perfect order. He was in his pajamas, peacefully, in bed,” Poindexter said.

Emergency personnel and officials from the U.S. Marshals Service were called to the scene, then two local judges who also serve as justices of the peace, Guevara said. Both were out of town, she said — not unusual in a remote region where municipalities are miles apart.

Guevara also was out of town, but she said she agreed to declare Scalia dead based on the information from law enforcement officials and Scalia’s doctor, citing Texas laws that permit a justice of the peace to declare someone dead without seeing the body.

On Saturday evening, Scalia’s body was loaded into a hearse and escorted to the Sunset Funeral Home in El Pasoby a procession of about 20 law enforcement officers. It arrived there about 2:30 a.m. Sunday, according to funeral home manager Chris Lujan. The funeral home is about 31/2 hours from the ranch where Scalia died.

About 3:30 a.m. Sunday, Scalia’s family declined to have an autopsy performed, Lujan said, so the body was being prepared for funeral and was expected to be transported back to Washington on Monday. Late Sunday, it was under guard by six law enforcement officials, including U.S. marshals and Texas state troopers, he said.

Funeral arrangements for Scalia — a devoted Catholic who was given the last rites by a Catholic priest — were unclear Sunday.