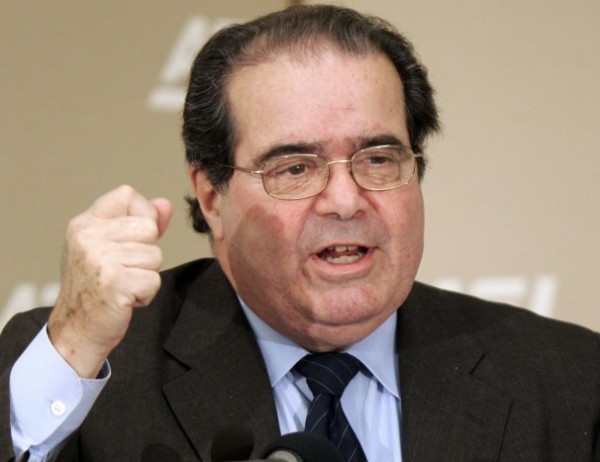 Antonin Scalia, the influential and most provocative member of the Supreme Court, has died. He was 79. His death sparked a Democratic Republican battle
Share:

Justice Antonin Scalia’s deathimmediately triggered a monumental election-year battle in Washington over whether President Barack Obama should choose a successor who could tilt the Supreme Court toward liberals.

Within two hours of Scalia’s death being reported, presidential candidates along with Republican and Democratic leaders on Capitol Hill were feuding over whether Obama should appoint a replacement for the eloquent and outspoken Scalia or wait for the next administration to make a decision. The battle lines underscored the huge political stakes in the 2016 election, which could cement the ideological balance of the court for years to come.

Obama said Saturday he would nominate a successor “in due time,” but Republican Senate Majority Leader Mitch McConnell insisted the next administration should make the appointment.

“The American people should have a voice in the selection of their next Supreme Court Justice,” the Kentucky Republican said. “Therefore, this vacancy should not be filled until we have a new President.”

“The President can and should send the Senate a nominee right away,” Reid said. “With so many important issues pending before the Supreme Court, the Senate has a responsibility to fill vacancies as soon as possible. It would be unprecedented in recent history for the Supreme Court to go a year with a vacant seat. Failing to fill this vacancy would be a shameful abdication of one of the Senate’s most essential Constitutional responsibilities.”

Scalia, who was found dead Saturday, was one of the most influential conservative justices in history and forged a decades-long legacy that prolonged Ronald Reagan’s conservative revolution, long after the President who nominated him left office. Scalia was also seen as a hugely powerful foe by liberal groups owing to his positions on issues like abortion and the Second Amendment, and those groups will pile enormous pressure on Obama to send a liberal justice to the court before he leaves office.

‘One of the great battles’

CNN Senior Legal Analyst Jeffrey Toobin predicted “one of the great battles in United States history” looms over whether “Obama’s nominee even gets a vote.”

“The Senate Republicans recognize how important it is to maintain a conservative majority on the court,” Toobin said, noting that Obama would leave office in January. “The question will be whether President Obama’s nominee, who I expect will come quickly, will get a vote at all in the remaining months of this presidency.”

Scalia’s death means that the 2016 election could effectively evolve into a battle involving all three branches of the U.S. government, the White House, the Supreme Court and Congress — given that there is a real chance the GOP could lose control of the Senate.

It also comes at a time when the Court is expected to hear several cases with huge political implications, including on abortion and affirmative action.

News of Scalia’s death broke hours before the latest Republican presidential debate and will add another explosive element to a heated GOP primary campaign. Even before Saturday, the fate of the Supreme Court was already a key election issue, given the possibility that the next President could get the chance to nominate at least two or three Justices due to the age of those on the bench and the possible shift of the ideological balance of the court.

One of the first Republican candidates to respond to Scalia’s passing was Florida Sen. Marco Rubio, who eulogized the justice as one of the most “consequential Americans in our history and a brilliant legal mind who served with only one objective: to interpret and defend the Constitution as written.”

Rubio also praised Scalia’s efforts to defend religious freedom and immediately turned up pressure on Obama to leave the appointment of Scalia to his successor.

“The next president must nominate a justice who will continue Justice Scalia’s unwavering belief in the founding principles that we hold dear,” Rubio said.

“We owe it to him, & the Nation, for the Senate to ensure that the next President names his replacement,” he tweeted.

Democratic front-runner Hillary Clinton routinely casts the possibility that the next President could appoint additional Supreme Court justices as a reason Democrats need to nominate an electable general election candidate — rather than someone like Bernie Sanders who some establishment Democrats believe may be too liberal to win a national election.

In a statement, she praised Scalia as a dedicated public servant but also had a warning for the GOP.

“The Republicans in the Senate and on the campaign trail who are calling for Justice Scalia’s seat to remain vacant dishonor our Constitution,” she said. “The Senate has a constitutional responsibility here that it cannot abdicate for partisan political reasons.”

“While I differed with Justice Scalia’s views and jurisprudence, he was a brilliant, colorful and outspoken member of the Supreme Court. My thoughts and prayers are with his family and his colleagues on the court who mourn his passing.”

White House Deputy Press Secretary Eric Schultz said that the President was informed of Scalia’s death during a trip to California.