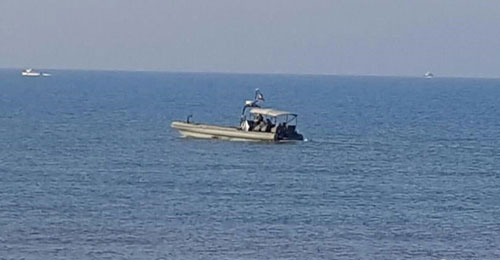 It said that the patrol boat had departed the northern city of Tripoli and headed North when it capsized.

The victims were identified as Hassan al-Jamal and Elias Matar.

A military helicopter was deployed to locate the vessel, which was found later on Saturday morning.

The army later explained that an unforeseen “technical malfunction caused the partial sinking of the vessel.”

“Contact was also lost with its crew,” it added.