Gross margin for the quarter was 40.1 percent compared to 39.9 percent in the year-ago quarter, with international sales accounting for 66 percent of revenue. Apple also declared an upcoming dividend payment of $0.52 per share, payable on February 11 to shareholders of record as of February 8. The company currently holds $215.7 billion in cash and marketable securities, partially offset by $53.2 billion in long-term debt. 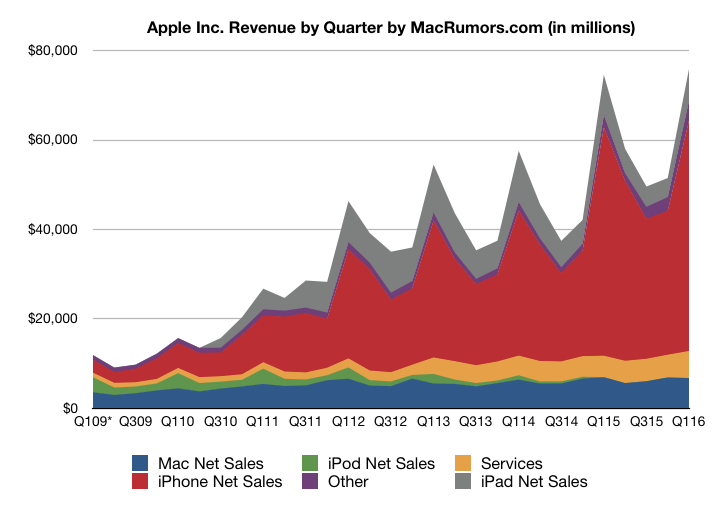 “Our team delivered Apple’s biggest quarter ever, thanks to the world’s most innovative products and all-time record sales of iPhone, Apple Watch and Apple TV,” said Tim Cook, Apple’s CEO. “The growth of our Services business accelerated during the quarter to produce record results, and our installed base recently crossed a major milestone of one billion active devices.”

Apple’s guidance for the second quarter of fiscal 2016 includes expected revenue of $50–53 billion and gross margin between 39 and 39.5 percent. Revenue guidance is slightly below analyst expectations.

In supplemental materials, Apple explains that currency headwinds have cost the company 15 percent in earnings over the past 18 months. Using “constant currency” measures, Apple’s revenue for the holiday quarter would have been $80.8 billion for an 8 percent increase year-over-year. 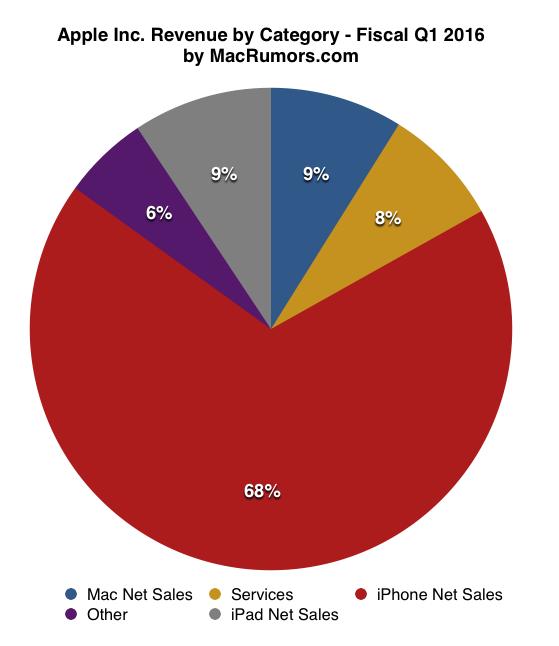 Apple will provide live streaming of its fiscal Q1 2016 financial results conference call at 2:00 PM Pacific, and MacRumors will update this story with coverage of the conference call highlights.