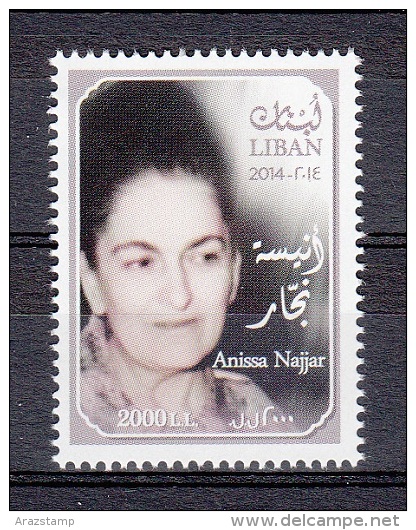 Anissa Rawda Najjar the Lebanese pioneer of women’s rights passed away on ‎Wednesday at 103 years of age.

Najjar, founder of the ‘Village Welfare Society’ a first of its kind in the development of the rural community in the ‎Arab world, received the “Commandor” medal of honor at her 100th ‎anniversary by then President of the Republic Michel Suleiman and was also honored by the ‎Ministry of Communications which issued a stamp carrying her name and picture.

Najjar fought all her life in the defense of human rights and specially women’s rights.

The ‘Village Welfare Society’, which she founded in 1953 aimed to promote and support rural women through enabling ‎them to become economically productive

Najjar also established a number of clinics and schools ‎and sought to set up a rural institute that educates women .

Najjar has been one of the earliest Arab women journalists where she published and wrote in ‘Al ‎Ahliyah’ newsletter back in 1931 when she was still a student.

In 1963 she was appointed editor ‎in chief of ‘Al 3urwa Al Wuthqa’ magazine before she became secretary of an Orphanage ‎and the Lebanese‏ ‏Council for Women respectively.

She contributed to the founding of the ‎Lebanese League for Good Housekeeping and partook in numerous conferences in Lebanon, the ‎Arab region and the world, and was honored at over 20 social, educational and cultural occasions according to local media reports