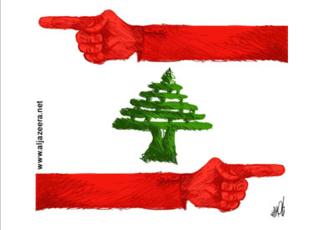 Politicians in Lebanon are reportedly planning to focus on reactivating the government’s work and restoring the parliamentary sessions to counter the repercussions of the regional conflict that arose lately between Saudi Arabia and Iran following the execution of Shiite Sheikh Nimr al-Nimr, al-Joumhouria daily reported on Monday.

“At the current stage, the attention will focus on reactivating the work of the cabinet, the parliamentary sessions, and the performance of the ministries in parallel with reactivating the legislative work to counter the repercussions of the regional crisis between Iran and Saudi Arabia against the backdrop of al-Nimr’s execution,” a source following up closely on the developments in Lebanon told al-Joumhouria .

” Waiting further could inflict more damage on the country and people,” the source added on condition of anonymity.

Lebanon has been without a president since the term of President Michel Suleiman ended in May 2014.

“Efforts should also focus on the continuation of dialogue between the parliamentary bloc leaders on one hand and between Hezbollah and the Future Movement on the other to spare the country any negative repercussions and to keep the internal situation ready for any positives atmospheres,” it concluded.

On Saturday, Saudi Arabia executed 47 people convicted of “terrorism”, including al-Nimr, whom Saudi authorities said was behind anti-government protests. Most of the executed were Sunnis who the Saudi interior ministry said were involved in al-Qaida killings. Some were beheaded and others were shot by firing squad.

The execution drew the ire of several including Hezbollah chief Hassan Nasrallah who launched one of his fiercest verbal attacks to date against Saudi Arabia over its execution of al-Nimr, as he warned against turning the issue into a Sunni-Shiite conflict.

“The execution (Saturday) of Sheikh Nimr al-Nimr reveals to the world the real criminal, takfiri and terrorist face of Saudi Arabia,” Nasrallah said earlier in the day.

Former PM and Future Movement leader MP Saad Hariri was quick to hit back at anti-Saudi remarks by Hezbollah chief on Sunday, accusing the party of “acting as if it is in charge of all Shiites in the world.”

“It is extremely regrettable that some in Lebanon are attacking the kingdom and its leadership in an unacceptable and detestable manner,” Hariri said in a press release.

He noted that Nasrallah’s remarks about “oppression, tyranny, terrorism, murder, criminality, executions, destruction, displacement, blocking dialogue, massacres, interference in others’ affairs, sectarian sedition and the elimination of opponents … actually and truly apply to the practices of the Iranian regime and its expansion scheme.”

Hariri also pointed out that anti-Saudi accusations apply to “the Syrian regime’s practices against its own people,” adding that “Iran and its tools are fighting alongside this regime, which is executing hundreds of thousands of its citizens and displacing millions of them without any trials or religious and human justifications.”

“Following the footsteps of the Islamic Republic of Iran, Hezbollah is relying on a false political authority to encroach on the borders and national sovereignty of nearby and distant countries,” Hariri charged.

He stressed that “sectarian motives are governing the behavior of Iran and its cronies.”

Addressing Nasrallah, Hariri added that “insistence on interfering in the internal affairs of brotherly counties and insulting the brothers and their leaders and symbols is unacceptable.”

He warned that such alleged behavior would aggravate sectarian tensions in Lebanon and allow foreign forces to “meddle in our domestic affairs.”

Noting that he is confident that Saudi Arabia will remain “keen on Lebanon’s safety and stability,” Hariri said Riyadh “will not heed the fallacies that are being launched against it.”

“It will maintain its pledges on aiding Lebanon and preserving its national unity regardless of the campaigns of incitement against it,” Hariri added.

Cautioning the kingdom’s supporters in Lebanon against being “dragged to sectarian exchanges,” Hariri called on “some of the leaders of the Shiite sect in Lebanon” to “cooperate through rejecting the ongoing efforts to inflame sentiments.”

“The regional conflicts following the execution of Sheikh al-Nimr could reflect on the file of electing a president,” prominent sources of March 8 told the daily on condition of anonymity.

They pointed out that the initiative to nominate Franjieh for the presidency might be the first “victim” to the execution of al-Nimr.