How to toast the New Year In 19 different countries 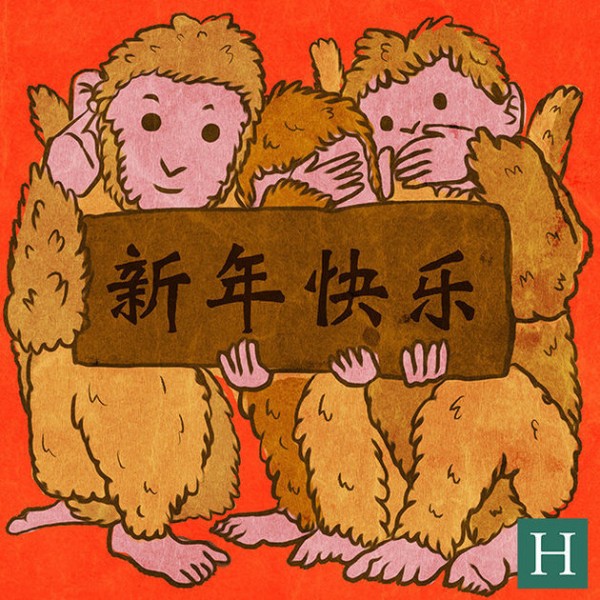 * By: Zoë Triska
New Year’s Eve is upon us. What better excuse to have a drink?

We know a lot of people travel during the holiday, so we asked some of our ex-pat friends, as well as our HuffPost editions around the world, what their New Year’s Eve toasts and traditions are. If you’re in any of these countries for New Years, you can now celebrate and toast like a local!

Both Canada and the U.S’s traditions are fairly similar. Our Canadian Lifestyle editor Rebecca Zamon says, “It’s pretty much universal to count down from 10 and say ‘Happy New Year!’ Then you kiss whoever is closest to you – as long as they’re willing, of course.”

Also, according to Diego Iraheta, our HuffPost Brazil editor-in-chief, if Brazilians are waiting for the new year at the beach, they go to the sea and jump into the waves seven times because they believe it will bring them luck during the upcoming year.

In Greece, they say the equivalent of Happy New Year (which reads like this in Greek: “Χρόνια Πολλά” and phonetically sounds like “Ηronia Pola”) and then kiss (on both cheeks always!) and hug everyone.

Our HuffPost Greece Lifestyle editor Despina Trivoli notes that also, after midnight, it is considered good luck to smash a pomegranate (a symbol if happiness and prosperity) against the door of the house– the more seeds and mess it makes the luckier the year will be.

Despina says they toast with “yama mas” (γεια μας) which is “our health” (short for “to our health”). They don’t look into each other’s eyes or put the glass on the table. They just clink their glasses together.

Australia is pretty similar to the U.S., Canada and the UK. They say “Happy New Year”… or, notes our Australia editor-in-chief Tory Maguire, if too many schooners have been consumed: “I love youse all.”

According to Carolina Moreno, our Latino Voices editor, Colombians shout “Feliz Año Nuevo,” and proceed to hug each other. They then consume 12 grapes for the 12 months of the coming year. While they’re eating each grape, they make a wish for the new year (12 wishes total). Some people take a piece of luggage and walk around the block with it; this is meant to bring travel opportunities your way in the new year! Some also burn large effigies to symbolize “Out with the old, in with the new.”

The equivalent of “Cheers” would be either “Salud!” or “Chin Chin.” (“Chin chin” is meant to be the sound of the glasses touching when you toast).

Italians say “Buon anno!”, meaning “Happy New Year!” and “Cin cin” (‘Cheers!”). Adele Sarno, our social editor in Italy, told us that in southern Italy, some people throw old dishes and other old things out the window to symbolize “out with the old, in with the new.”

In Danish, they say “skål,”which means “Cheers! There is also a possibility of singing afterwards, but it depends very much on the situation.

In Romania, people usually touch glasses and say “Noroc!,” which literally means “Good luck,” or they say “Sănătate” (To your health).

In Spain, people usually toast saying “salud” (meaning “health”) or “chin chin” instead of “Cheers!” But New Year’s Eve is a special occasion and Spaniards say, “Feliz Año” or “Feliz Año Nuevo” (“Happy New Year!”) while clinking glasses. Also, they usually put the glass on the table before drinking.

Our Spain Lifestyle editor Margarita Lazaro told us that it’s considered bad luck to toast with water or with a plastic glass. She notes that sometimes people put a gold ring in their glass (with champagne) and they wear red clothes to attract money and love for the next year.

Young people may also say, “Arriba, abajo, al centro y pa’dentro” (“Going up, going down, to the center and inside”).

At midnight, when the clock chimes 12 times, they eat 12 grapes with family or friends. After that, they give two kisses to everyone in the room.

In the Czech Republic, people tend to toast with anything (beer, wine, shots), and say “Na zdraví!” (“To health!”). Most people make eye contact when toasting (though not always). When it comes to beer, people move the glasses so they touch first on top, then on bottom, and then they put them on the table before drinking. Drinking shots is something more “personal,” especially when you drink with somebody for the first time. In such a case, people say “Ahoj!” (“Hi!”) which means something like, “I consider you my good friend.” It can also mean that the person stops using the formal and starts addressing you with a more casual form. When somebody invites you to his/her home and offers you a shot of some home-made drink, don’t refuse, because you would essentially be refusing the person and his/her friendship.

Our Germany editor-in-chief Sebastian Matthes told us that Germans count down from 10 and the say “Frohes neues Jahr” (Happy New Year). They hug everybody and after that lots of people put a bit of hot lead into cold water in order to read their fortune for the upcoming year based on the shape that appears in the water.

According to our HuffPost India Lifestyle editor, Aashmita Nayar, they have the usual countdown 10-9-8 (at some places accompanied by the song, “The Final Countdown”), followed by a kiss and a hug at midnight.

In Hindi, they say “Naya Saal Mubarak” (“Happy New Year”), although it’s more common to say it in English.

Our Lebanese friend Raya Musallam told us that, as soon as it’s past midnight, younger people tend to call all friends and relatives, and whoever says “Happy New Years” first receives money from the other person.

In Arabic, the toast at midnight is “فى صحتك” or just “صحتك”  (pronounced “sahetak” and meaning “To your health”).