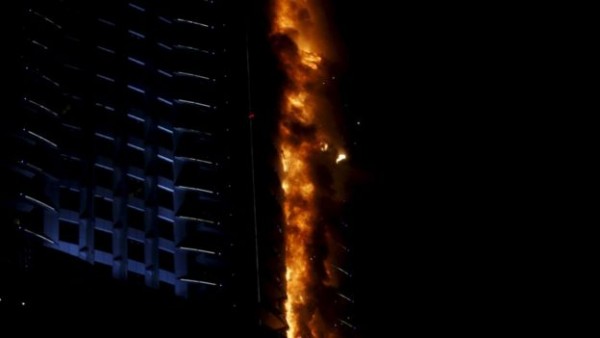 A huge fire has broken out in a high-rise hotel in central Dubai close to the world’s tallest skyscraper, the Burj Khalifa.

Burning debris could be seen falling from the 300m-tall (1,000-feet) building, called The Address, as firefighters arrived at the scene.

It was not immediately clear whether there were any casualties.

The blaze erupted ahead of a major New Year’s Eve fireworks display, due to be held at the Burj Khalifa.

There is no indication so far of the cause.

Up to two million people are expected in central Dubai for the fireworks. Crowds gathering to watch the display have been asked to leave the area around the hotel.

Officials insist that the New Year celebrations will continue as scheduled.

Flames engulfed much of the building, a luxury five-star hotel and apartment complex with more than 60 storeys. Black smoke could be seen covering the skyline.

The Dubai government tweeted (in Arabic) that the fire had started on the 20th floor. 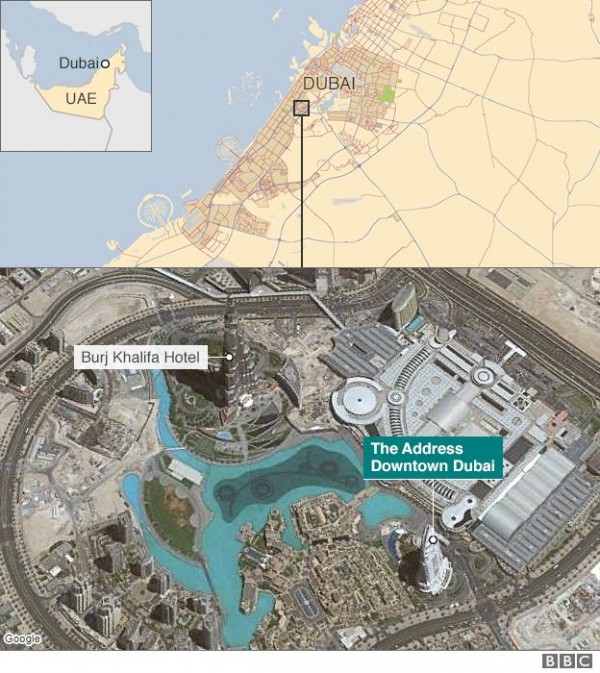 A tourist, Michelle Duque told the BBC: “All of a sudden we saw this huge black plume of black smoke coming between the Khalifa Tower and the hotel.

“The flames burst out really big and before we knew it the whole of the Address Hotel was covered in orange flames.”

Another tourist told the BBC that she saw lot of debris coming down from the building.

“The problem is millions of people inside the Burj Khalifa cannot move anywhere because we [are] kind of waiting for the fireworks display.”