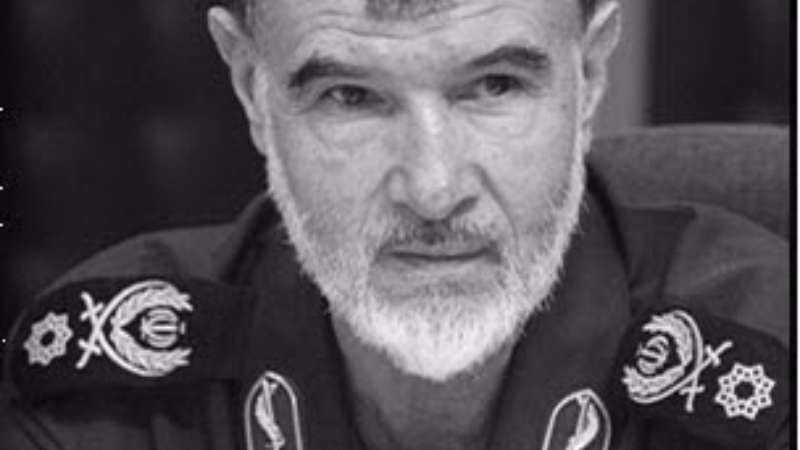 According to  a report from inside Iran by  the National Council of Resistance of Iran, the  Islamic Revolutionary Guards Corps (IRGC), following the large number of IRGC casualties in Syria, especially the death of General Hossein Hamadani, commander of the Iranian regime’s forces in Syria, and injury to Commander of the IRGC Quds Force (QF) Qassem Soleimani, Ayatollah Khamenei appointed  IRGC Brigadier General Mohammad Jafar Assadi  the IRGC commander in Syria.

Assadi is one of the most veteran commanders in the IRGC and a close associate of Major General Mohammad Ali Jafari, Commander in Chief of the IRGC . Assadi has many years of experience of involvement  in the affairs of countries in the region. In Syria, he is known as Abu Ahmad.

According to the report  , since signs of the  Iranian regime’s failure in Syria became evident, Khamenei and IRGC commanders reached the conclusion that the Quds  Force ( QF)   alone cannot control the situation and the IRGC as a whole needs to enter into the war . However the   control of the situation politically as well as the command of the Lebanese Hezbollah and Iraqi militias  remains with the QF.

Prior to the Russian air strikes, the Iranian regime and Qassem Soleimani himself vowed  that if the Russians initiate their  operations , IRGC would quickly retake the regions that Bashar Assad had lost in Aleppo and Homs. On October 5, 2015, a few days after the initiation of Russian aerial bombardment, Qassem Soleimani and Hossein Hamedani met with Khamenei and got his approval for ‘Moharram’ operational plan. According to the plan, the regime’s forces were to take back Aleppo from the opposition forces by October 24, 2015. However, on October 8, Hossein Hamedani was killed. Subsequently, Qassem Soleimani got stationed in Syria and assumed command of the Moharram Operation, but  he too was wounded  and the plan turned to a fiasco.

Following successive blows to the IRGC in southern Aleppo in October and November, a number of IRGC commanders wanted to retreat from Aleppo to other sections in Syria to avert further casualties. However, Khamenei told IRGC commanders in a meeting that Aleppo is vital to the regime and thus they are not allowed to retreat from there, but they should change their methods and tactics. For this purpose, the regime shuffled some forces in southern Aleppo, but no forces have been removed from Syria and the IRGC has no such plan.

Considering the blows and defeats of the past three months, the IRGC has arrived at the conclusion that it needs to change some of its tactics. Instead of handing over the areas that it occupies to the Assad army, the IRGC is handing them over to the Shiite militia forces affiliated with it such as the Syrian Jaish al-Vatani or Hezbollah because the Assad army has not been able to hold onto these areas and has been  quickly losing  them back to the Syrian opposition forces resulting in high casualties to the IRGC and Bashar Assad’s forces.