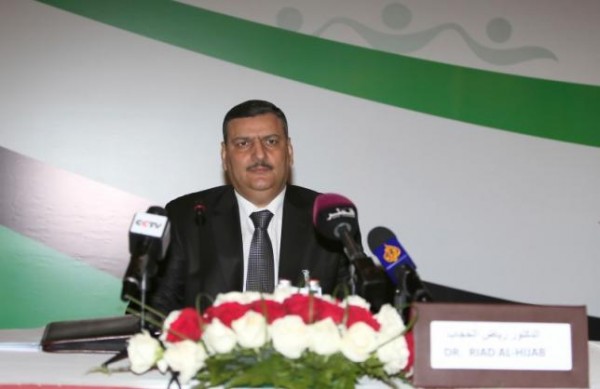 Hijab, who defected from Syrian President Bashar al Assad’s government in 2012, got the backing of more than two thirds of the 34 delegates from movements called to Riyadh by world powers in a bid to unite them and settle years of wrangling and rivalries.

The members of the body are representatives of political opposition groups inside and outside Syria. It also includes representatives of fighting groups inside the country such as the powerful Islamist Ahrar al-Sham and a number of Free Syrian Army units that have received military support from states opposed to Assad such as Saudi Arabia and the United States.

But it does not include the al Qaeda-linked Nusra Front, or Islamic State – among the main players opposing Assad in a conflict now nearly five years old.

Divisions in the opposition movements have hampered efforts to resolve the conflict, and there were signs of continued tensions at the meeting where members decided, after hours of discussions, to vote for a coordinator, not a leader.

“The coordinator has less authority than a president,” one source said.

Participants said Hijab was chosen because of his familiarity with the inner workings of the Syrian state.

“He is best suited candidate at this stage with  long years of executive experience in contrast to figures from the political opposition abroad with no real negotiating skills,” one opposition source familiar with the talks said.

But others said many remained worried about his past links to Assad’s Baath party.

The movements agreed to set up a joint Higher Authority for Negotiations during a two-day conference in Riyadh, organized as part of a international agreement in Vienna last month.

It was meant to create a body to meet Syria’s government in talks in early January and avoid the divisions that have plagued past efforts.

The Turkish-based political opposition that led the last round of failed peace talks two years ago was widely criticized as out of touch with forces on the ground.