After half a century, U.S. and Cuba agreed to allow 110 round-trip flights a day 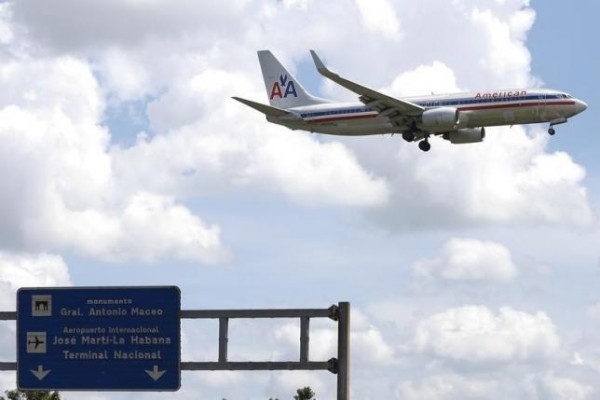 The United States and Cuba have agreed to restore scheduled commercial airline service for the first time in more than five decades in a deal allowing 110 round-trip flights a day between the former Cold War foes.

Announced a year to the day after the two countries embarked on a process of normalizing ties, the latest accord will not go into effect immediately but should eventually increase tourism and business on the communist-ruled island.

Under the pact, U.S. airlines will be able to sell tickets on their websites for flights to Cuba but they must first apply for permission from U.S. regulators to fly specific routes. Charter flights operated by U.S. carriers already connect the countries.

The United States and Cuba have agreed to allow 110 round-trip flights on U.S. airlines to Cuba per day, according to Thomas Engle, deputy assistant secretary for transportation affairs at the U.S. State Department.

That includes 20 flights to Havana and 10 to each of the other nine international airports in Cuba, he said, adding that no date has been set for final signing of the aviation pact but that nothing was expected to derail it.

There will likely be a 60-to-90 day process during which U.S.-based air carriers will submit proposed routes, suggesting scheduled flights would not begin until the first few months of 2016 at the earliest.

The decision to restore ties, made by U.S. President Barack Obama and Cuban President Raul Castro a year ago, in part reflected Washington’s judgment that its policy of isolating Havana politically, economically and diplomatically had failed.

While U.S. officials still criticize Cuba for human rights, they now believe promoting political and other freedoms is more likely to be achieved through engagement.

Although the agreement will eventually make it easier to travel back and forth between the countries, the U.S. ban on general tourism to the Caribbean island remains in force.

U.S. travelers still must meet at least one of 12 criteria to visit, such as visiting family in Cuba or taking part in educational tours or journalistic activity.

“We continue to have differences with the Cuban government, but we raise those issues directly, and we will always stand for human rights and the universal values that we support around the globe,” Obama said in a written statement.

The United States broke diplomatic relations with Cuba in 1961, two years after Fidel Castro ousted U.S.-backed dictator Fulgencio Batista in a revolution that steered the island on a leftist course and made it a close ally of the Soviet Union.

Since last year’s detente, the countries have restored diplomatic ties and reopened their embassies. Obama has also taken steps to encourage closer business ties with the island.

However, the longstanding U.S. trade embargo on the island remains in place and the United States’ Republican-controlled Congress has resisted Obama’s calls to lift it. Cuba’s human rights record still draws criticism from Washington, and Castro’s government has made clear the diplomatic opening does not mean Havana plans to change its one-party political system.

The large 110 round-trip flights per day quota was negotiated in anticipation of an end to the tourism ban, and designed to encourage airlines to lobby Congress for access, said John Kavulich, president of the nonprofit U.S.-Cuba Trade and Economic Council, which promotes trade between the nations.

“This is as much a political document as it is a transportation document,” he said. “That’s by design… Both countries are recognizing that the numbers need to be high so there’s a heightened interest by the carriers to want the routes.”

Kavulich said a flood of U.S. visitors might be “disruptive” to Cuba’s one-party political system, but stressed that the Cuban government needs the revenue.

Cuba’s embassy in Washington said in a statement on the airline deal that the countries reiterated their commitment to flight security and to protecting civil aviation “from acts of unlawful interference.”

Kavulich said this was likely a reference to the possibility that people with claims against Cuba might seek to seize Cuban assets in the United States and he suggested that the United States might do its best to protect such assets.

Aircraft landing in the United States must meet U.S. safety standards, so aging Russian planes in the Cuban fleet will likely only fly domestically within Cuba.

Under the deal, airlines from both countries will be able to make commercial agreements such as sharing flight codes and leasing planes to each other, it said.

New York-based JetBlue Airways Corp, which already operates charter flights to the island, said it plans to apply to schedule service once it has reviewed the aviation deal.

Obama’s decision to relax travel restrictions to Cuba earlier this year has led to a boom in U.S. citizens’ visits to Cuba, which are up 71 percent this year, with 138,120 Americans arriving through November.