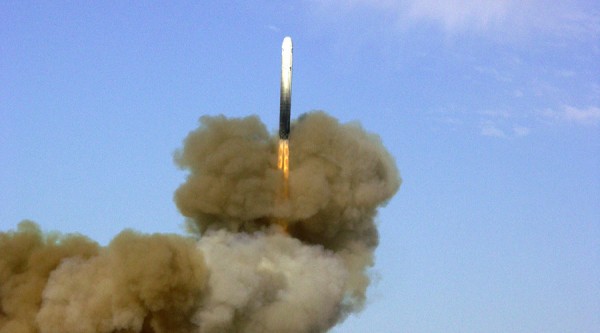 The missile “deviated from its trajectory” and fell near the town of Nyonoksa, early 1,000 kilometres (600 miles) north of Moscow on the White Sea coast in the Arkhangelsk region, the ministry said.

While the ministry reported no injuries, AFP and TASS said the missile hit a residential building, damaging its roof and several apartments, and causing a fire. They also reported no casualties.

The ministry said the missile went off course as it was being tested by NPO Mashinostroyeniye, one of Russia’s leading missile manufacturers. The company had no immediate comment on the failed launch.

The ministry said it is investigating the reason for the failure.

An experimental surface-to-air missile in April crashed on launch in the same region of Arkhangelsk.
RFERL