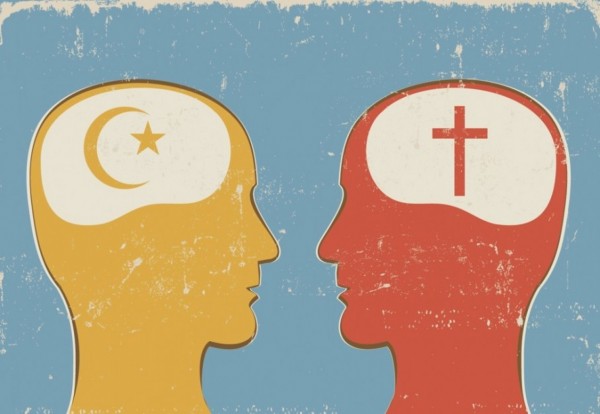 Wheaton College, a prominent evangelical school in Illinois, has placed a professor on administrative leave after she posted on Facebook that Muslims and Christians “worship the same God.”

In her Facebook post, Hawkins also said she had chosen to wear a hijab during the Christian season of Advent to show “human solidarity” with Muslims. Hundreds of people liked the post.

She linked to a Christianity Today interview with Yale theologian Miroslav Volf on the topic. In the piece, Volf said that “all Christians don’t worship the same God, and all Muslims don’t worship the same God. But I think that Muslims and Christians who embrace the normative traditions of their faith refer to the same object, to the same Being, when they pray, when they worship, when they talk about God. The referent is the same. The description of God is partly different.”

The letter quotes a coalition of concerned students and alumni. “We believe that there is nothing in Larycia Hawkins’ public statements that goes against the belief in the power of God, Christ, or the Holy Spirit that the Statement of Faith deems as a necessary component to Wheaton’s affiliation,” it reads. It asks that she be reinstated.

Hawkins, according to students at the meeting, is the only tenured black female professor at Wheaton.

The students planned a midday sit-in Wednesday at Ryken’s office, where they will deliver the letter.

Talk at the Tuesday night meeting was focused on students’ concerns about free speech.

Sophomore Connor Jenkins said the professor “opened up a conversation and was shut down.”

Others expressed concern about what the suspension implied for future faculty expressions of opinion on social media.

A Wheaton staff member who spoke on the condition of anonymity said the suspension “sets a precedent for what professors can post on their Facebook page. If Dr. Hawkins is being used as a scapegoat, that will send a message to those of us who are employed full time.”

The suspension took place less than a week after Wheaton College student leaders published an open letter in their student newspaper denouncing recent controversial comments by Liberty University President Jerry Falwell. Speaking to thousands of students about terrorism, Falwell urged them to arm themselves, saying it would “end … those Muslims.” He later said he meant only violent radicals.

The Wheaton administration later issued a statement praising that open letter, saying school leaders agree with students’ effort to “address our nation’s challenges through respecting the dignity of all people, rejecting religious discrimination, and pursuing the peace that triumphs over hostility.”