Lebanon refuses to hand over Gadhafi’s son Hannibal to Syria 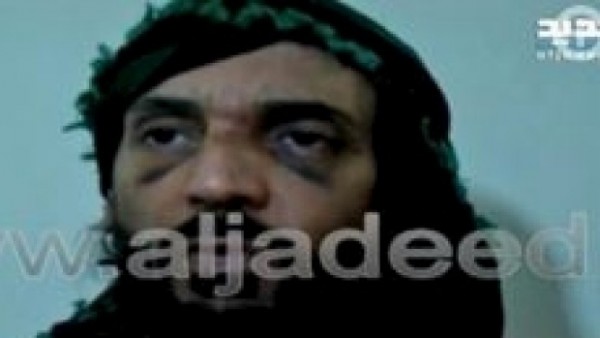 Lebanese Justice Minister Ashraf Rifi on Wednesday dismissed  Syria’s request to extradite Hannibal   Gadhafi the son of the late Libyan dictator  Moammar Gadhafi, who remains in the  custody of the Lebanese authorities following  his abduction   by an armed group in  Damascus, Syria.

Syrian authorities had demanded earlier in the day that Gadhafi be handed over through an official request, explaining that he had been granted political asylum in Syria.

Addressed to Lebanon’s state prosecutor, the request was sent to the Lebanese foreign ministry which referred it to the justice ministry in line with official procedures.

“The request did not consider Hannibal Gadhafi a criminal who is wanted for interrogation or trial, and thus the request for his rendition violates the 1951 judicial agreement between Lebanon and Syria,” Rifi noted.

“Before rushing to demand the handing over of Hannibal Gadhafi … the party that sent the request should have put him at the disposal of Lebanese judicial authorities for interrogation over the case of the disappearance of Imam Moussa al-Sadr and his two companions, whose repercussions have affected Lebanon and the Arab and Muslim worlds,” the minister added.

He also pointed out that Hannibal is still being interrogated by the Lebanese judiciary, “which alone has the right to take the appropriate decision according to the circumstances of the investigation.”

The judiciary had on Monday issued an arrest warrant for Hannibal on charges of withholding information linked to al-Sadr’s case.

The 40-year-old son of slain Libyan leader Moammar Gadhafi appeared in a video on Friday in which he announced that he had been kidnapped .

In the video, Hannibal described his captors as “loyal to the cause of Imam Moussa al-Sadr,” the founder of Lebanon’s AMAL Movement who disappeared during a trip to Libya in 1978.

Relations between Libya and Lebanon were strained following the disappearance of Imam Moussa al-Sadr, founder of Lebanon’s Shiite Amal Movement , who went missing during a visit to Libya in August 1978. Reports allege that the Libyan regime had him killed, although Libyan official said that Sadr had left the country for Italy.

Hannibal Gaddafi has a long, turbulent history in the press; he allegedly mistreated two servants at a Geneva hotel, which led to his arrest and a diplomatic schism between Switzerland and Libya. In December 2009, police were called to London’s Claridge’s hostel after staff hears screaming from Hannibal’s room. His wife , Lebanese lingerie model Aline Skaff  , was later found to be suffering from facial injuries, but no charges were brought against him  after she claimed to have sustained the injuries in a fall.

National News Agency said Gadhafi was abducted Thursday “after being lured from Syria into a town near Baalbek” and that his captors had demanded “information about Imam Moussa al-Sadr and his two companions.”

Later on Friday, NNA  said Hannibal was “handed over to the Internal Security Forces Intelligence Branch after his captors left him on the Baalbek-Homs international highway near the northern Bekaa town of al-Jamaliyeh.”

According to an AFP journalist at the scene, Gaddafi  had two black eyes and was limping, when  he was handed over to the  Intelligence Branch

He was among a group of family members — including Moammar Gadhafi’s wife Safiya, son Mohammed and daughter Aisha — who escaped to neighboring Algeria after the fall of the Libyan capital Tripoli.

The fate of Hannibal Gaddafi depends on Interpol,  Lebanese judge Zaher Hamade in charge of the case said on Tuesday.

The judge, who issued on Monday an arrest warrant for Gaddafi, told the media that he is awaiting the response from Interpol because Gaddafi is wanted by the justice of his country.

The judge noted that his abductors were followers of the Shiite imam, who disappeared on Aug. 31, 1972 during an official trip to Libya, after being invited there by Muammar al-Gaddafi.

No group has so far claimed responsibility for the abduction of Gaddafi, who was 3 years old when  the Shiite imam disappeared