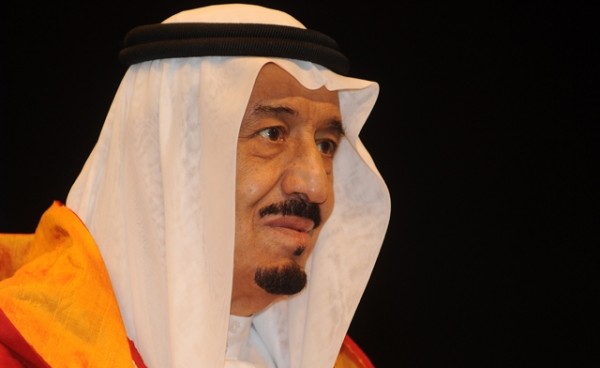 A Lebanese official confirmed to The Associated Press that his nation was also part of the 34-nation coalition. Tiny Lebanon has seen frequent spillovers from Syria’s civil war next door, as well as sectarian clashes and militant attacks.

“Lebanon is fighting a daily war against terrorism … Lebanon cannot but be part of the alliance that is combating terrorism,” said the official, who spoke on condition of anonymity because he was not authorized to give official statements. Asked how Lebanon plans to contribute to the alliance, he said that “these are details that we haven’t gotten into yet.”

Prime Minister Tammam Salam welcomed the formation of the Islamic coalition, saying: “Lebanon is at the forefront of the confrontation with terrorism.”

“Any executive step required by Lebanon from the coalition will be studied and dealt with according to Lebanese constitutional and legal norms,” he added.

Earlier, former PM and Future Movement leader MP Saad Hariri praised the coalition, saying: “This is a historic move on the right path, which is aimed at dealing with a political, security, and ideological problem that has started to pose a risk on Islam’s civilized and human existence.”

“It was only natural for this announcement to be made from Riyadh, by its Deputy Crown Prince Mohammed bin Salman, who delineated the strategic line of this alliance,” he remarked in a statement.

“Saudi Arabia is announcing on behalf of the overwhelming majority of the Arabs and Muslims that the responsibility of combating terrorism, which is exploiting Islam to harm the religion, lies on them, their leaderships, and countries,” Hariri stressed .

Hariri saluted the Saudi leadership “for launching the alliance and embracing it.”

The announcement, published by the state-run Saudi Press Agency, said the alliance will be Saudi-led and is being established because terrorism “should be fought by all means and collaboration should be made to eliminate it.”

As the news of the new coalition emerged, it was not immediately clear what kind of military setup it would have and what its rules of engagement would involve.

The Saudi statement said Islam forbids “corruption and destruction in the world” and that terrorism constitutes “a serious violation of human dignity and rights, especially the right to life and the right to security.”

The new counterterrorism coalition includes nations with large and established armies such as Pakistan, Turkey and Egypt as well as war-torn countries with embattled militaries such as Libya and Yemen. African nations that have suffered militant attacks such as Mali, Chad, Somalia and Nigeria are also members.

Saudi Arabia’s regional rival, Shiite Iran, is not part of the coalition. The two support opposite sides in the wars raging in Syria and Yemen. Saudi Arabia is currently leading a military intervention in Yemen against Shiite rebels, known as Houthis, and is part of the U.S.-led coalition bombing the Sunni extremist Islamic State group in Iraq and Syria.

Turkey, the only country in the alliance that is also a NATO member, welcomed the new coalition. Turkish Prime Minister Ahmet Davutoglu called it the “best response to those who are trying to associate terror and Islam.”

“We believe that this effort by Muslim countries is a step in the right direction,” Davutoglu said.

At a rare news conference, Saudi Deputy Crown Prince and Defense Minister Mohammed bin Salman said the new Islamic military coalition will develop mechanisms for working with other countries and international bodies to support counterterrorism efforts. He said their efforts would not be limited to only countering the Islamic State group.

“Currently, every Muslim country is fighting terrorism individually … so coordinating efforts is very important,” he said.

He said the joint operations center will be established in Riyadh to “coordinate and support military operations to fight terrorism” across the Muslim world.

Smaller member-states included in the coalition are the archipelago of the Maldives and the Gulf Arab island-nation of Bahrain, which is home to the U.S. Navy’s 5th Fleet.

Other Gulf Arab countries such as Kuwait, Qatar and the United Arab Emirates are also in the coalition, though notably absent from the list is Oman, a neighbor of Saudi Arabia. In recent years, Oman has maintained a neutral role and has emerged as a mediator in regional conflicts, serving as a conduit from the Gulf Arabs to Iran.

Iraq and Syria, whose forces are battling to regain territory taken by the Islamic State group and whose governments are allied with Iran, are not in the coalition.

A Jordanian government spokesman confirmed that the Hashemite kingdom is part of the coalition. Spokesman Mohammed Momani would not comment specifically on the alliance but said that “Jordan is always ready and actively participates in any effort to fight terrorism.”

Benin, while it does not have a majority Muslim population, is another member of this new counterterrorism coalition. All the group’s members are also part of the larger Organization of Islamic Cooperation, which is headquartered in Saudi Arabia.