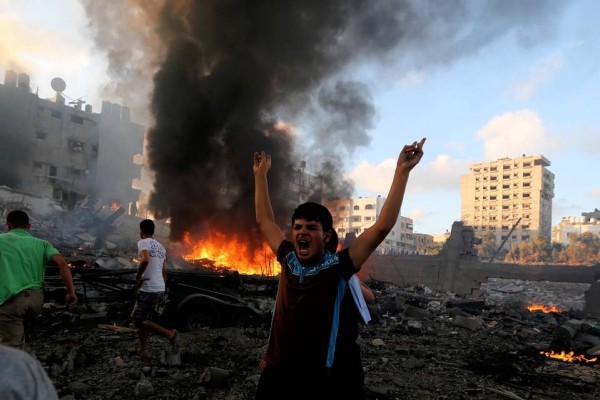 A retired officer of the Israel Defense Forces (IDF) has been arrested in Britain for alleged war crimes committed in Gaza during “Operation Protective Edge” in 2014.
The man, who was in London on a business trip, was arrested upon arrival after a complaint was lodged against him for war crimes committed during the 50-day war.

The man was questioned for several hours before being released after the Israeli Foreign Ministry intervened. British authorities were forced to apologize.

The unnamed officer is one of many Israeli soldiers and officers who have had complaints lodged against them by pro-Palestinian groups at numerous police stations across Europe for their part in the attack on Gaza.

Although the detention occurred a few weeks ago, details of the arrest only emerged on Sunday in Israel’s Yedioth Ahronoth newspaper.

The paper reports that any soldier who had his name published in the media by the Israeli army for his role in the war, including 60 who received bravery awards, “may find himself on the blacklist of pro-Palestinian organizations.”

The IDF is taking measures to protect itself from such arrests, including the provision of security for high ranking officials as well as a briefing for soldiers and officers, both serving and retired, from the IDF prosecutor’s division and the Operations Directorate before travelling abroad.