No signs of any breakthrough emerged after Aoun-Franjieh meeting 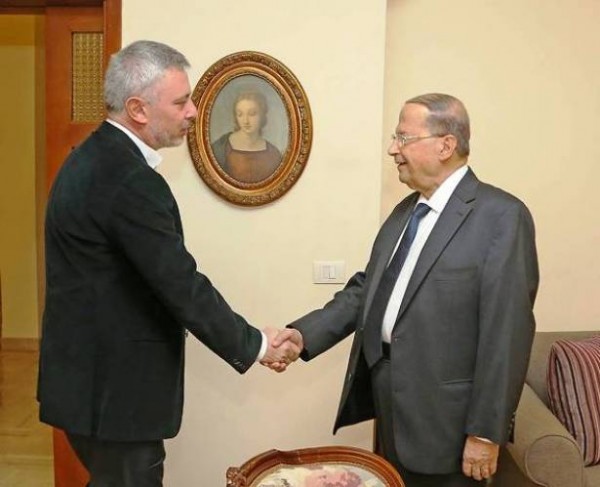 No signs of any breakthrough over the presidential deadlock emerged out of a meeting Wednesday between the Free Patriotic Movement founder General Michel Aoun and Marada Movement leader   MP Suleiman Franjieh, suggesting the Marada chief was unsuccessful in rallying his March 8 ally behind his presidential bid.

A Free Patriotic Movement source described the meeting as an ice-breaker and told Annahar that Franjieh and Aoun agreed to pursue discussions behind closed doors.

Franjieh left the meeting which took place at Aoun’s residence in Rabieh without making a statement, fueling further speculation that the FPM founder has yet to consider abandoning his presidential aspirations in favor of a political settlement that would see Franjieh elected as president.

In his weekly meeting with a number of lawmakers Wednesday, Berri was quoted as saying that “the best case-scenario is for an agreement between Aoun and Frangieh to take place.”

For over 18 months, Christian parties have failed to reach a compromise over a presidential candidate to succeed former President Michel Suleiman who left office in May.

Hariri’s Christian allies within the March 14 alliance have voiced reservations over Franjieh’s nomination, casting further doubts over the likelihood of his election without Aoun or Hezbollah’s clear support.