Amnesty: Most weapons used by Islamic State were seized from Iraqi army 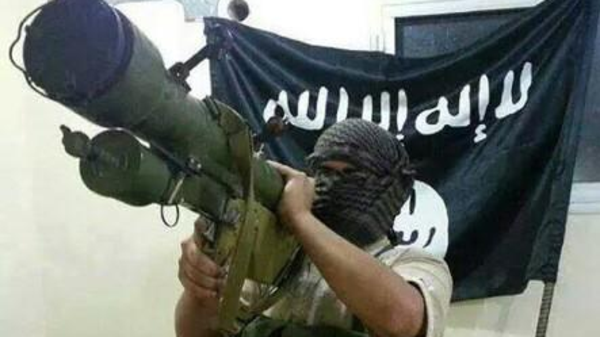 Decades of reckless arms trading and the poorly regulated flow of weapons into Iraq have contributed to the Islamic State group’s accumulation of a “vast and varied” arsenal which is being used to commit war crimes on a massive scale in Iraq and Syria, an international rights group said Tuesday.

Amnesty International’s report, based on expert analysis of verified videos and images, says most of the extremist group’s weapons, ammunition and equipment were looted from the Iraqi army. It says the weapons were manufactured and designed in more than two dozen countries, including Russia, China, the U.S. and EU states.

IS swept across Iraq in the summer of 2014, capturing the second largest city, Mosul, and taking weapons left behind by fleeing Iraqi security forces, including U.S.-supplied arms and military vehicles. The extremist group has also snatched arms from Syrian forces after capturing military bases there.

“The vast and varied weaponry being used by the armed group calling itself Islamic State is a textbook case of how reckless arms trading fuels atrocities on a massive scale,” said Amnesty researcher Patrick Wilcken.

“Poor regulation and lack of oversight of the immense arms flows into Iraq going back decades have given IS and other armed groups a bonanza of unprecedented access to firepower,” he said.

The rights group said the weapons have allowed IS to carry out a “horrific campaign of abuse,” including “summary killings, rape, torture, abduction and hostage-taking — often carried out at gunpoint.”

Amnesty said the range and scope of the group’s arsenal reflects decades of “irresponsible” arms transfers to Iraq. It also faulted a lack of oversight following the 2003 invasion, when the United State spent billions of dollars arming and training Iraqi security forces. “Lax controls over military stockpiles and endemic corruption by successive Iraqi governments have added to the problem,” it said.

The report documents the extremists’ use of arms and ammunition from at least 25 countries. Among the advanced weaponry in the IS arsenal are man-portable air defense systems, or MANPADS, guided anti-tank missiles and armored fighting vehicles.

It said most of the conventional weapons being used by IS fighters date from the 1970s to the 1990s, when Iraq was engaged in a massive military buildup ahead of and during the 1980-1988 Iran-Iraq war.

Iraq was placed under a U.N. arms embargo after Saddam Hussein’s troops invade Kuwait in 1990, but that was lifted after the U.S.-led invasion. By 2014, Washington had delivered more than $500 million worth of small arms and ammunition to the Iraqi government, Amnesty said.

Amnesty International called on all states to adopt “a complete embargo” on Syrian government forces and armed opposition groups “implicated in committing war crimes.” It said any state transferring arms to Iraq should invest heavily in controls, training and monitoring in order to meet international standards.