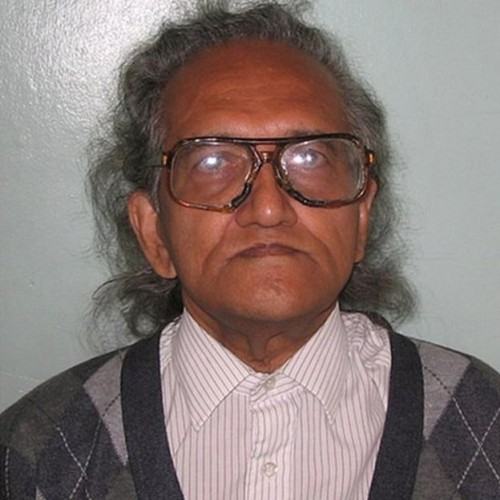 A Maoist cult leader was found guilty on Friday of raping and beating his brainwashed female followers, while keeping his own daughter a fearful prisoner for more than 30 years in homes across south London.

Aravindan Balakrishnan, 75, known as Comrade Bala, used sexual degradation and physical and mental violence to keep the women under his control, turning his commune based on Communist teachings into his own personal cult with members who believed him to be a god, prosecutors said.

His own daughter, who was born to one of the women in the collective, was bullied and beaten. She was barely allowed to leave her home and never permitted to go to school, play with friends or even see a doctor, London’s Southwark Crown Court was told.

She was not told who her parents were, only learning the identity of her mother after her death when the girl was 14. Her family did not even know she existed.

When she escaped his clutches two years ago after a fellow member contacted a charity and police because she had become so unwell, she was aged 30, very ill with diabetes, and was diagnosed with chronic Post Traumatic Stress Disorder.

She was unable to carry out ordinary day-to-day tasks or even cross a road on her own.

“There are no words to express the pain that Bala and the collective has caused me. I was bullied, tormented, humiliated, isolated and degraded,” his daughter, who is still recovering from her ordeal, said in a statement given to the court

“I lived in constant fear and was deprived of a normal life. I was a non person, no-one knew I existed.”

The court heard she wrote a daily diary which included the regular beatings. She was so lonely as a child she started to talk to the toilet and taps, prosecutors said.

Balakrishnan, a small, grey-haired, bespectacled figure, denied all charges but was convicted of cruelty to a child and false imprisonment, as well as raping, indecently assaulting and causing actual bodily harm to two other women, now both aged 64.

He was the head of a Communist group in south London in the 1970s called the Workers’ Institute, a charismatic and energetic speaker who attracted followers with his plan for revolution and to overthrow what he saw as Britain’s fascist state.

The collective’s members were only allowed to recognize his authority and that of Chairman Mao Zedong, the founder of modern China, but over time the group’s numbers waned, the men were forced to leave and the dwindling group of women were so dominated and brainwashed they believed he was all-powerful.

Bizarrely, he threatened them with what he called a supernatural mind-control machine which he named “Jackie” – an acronym of Jehovah, Allah, Christ, Krishna and Immortal Easwaran.

The women were allowed no friends or social life and the house was locked all the time which Balakrishnan said was to keep out fascist agents.

“It seems extraordinary that Balakrishnan could command such control over so many people,” said Detective Chief Superintendent Tom Manson in a statement after the verdict.

“However all of the victims have told us in great detail that they very much believed his claims of power and greatness and the threats he made to them.”

Balakrishnan will be sentenced at a later date.