In a blow to Russia, Montenegro PM welcomes NATO invitation as “historic day” 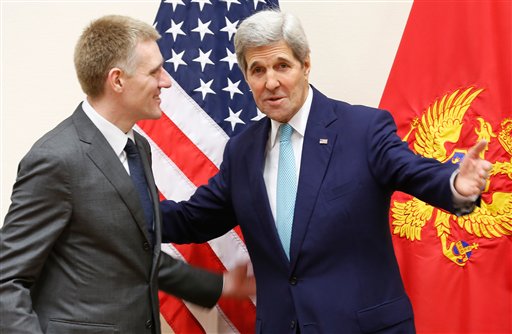 NATO’s membership invitation to Montenegro represents a historic day for the tiny Adriatic state, the most important since the 2006 independence referendum, the prime minister said Wednesday.

NATO member states on Wednesday formally invited Montenegro to join the alliance in the face of Russian opposition.

“Montenegro is entering the exclusive circle of states which are synonymous with the highest values of modern civilization,” Prime Minister Milo Djukanovic said. “This is a crown jewel of the long-standing national efforts and comprehensive reform processes launched in 2006.”

Russia, which has traditionally strong religious, cultural and historic influence in the Balkans, has been opposed to Montenegro’s membership bid, fueling anti-NATO sentiments among many Montenegrins. Several protests by thousands of people in the capital, Podgorica, against the pro-NATO government have turned violent recently.

Montenegro, with a population of just over 600,000, split from much bigger Serbia in 2006. The current Serbian right-wing government has said it has no intention of joining NATO, although it maintains close relations with the alliance and wants to become a European Union member.

“Inviting Montenegro is a big day for the Western Balkans as well,” Djukanovic said. “I believe this will be the wind in the sails for reform and integration processes in the neighborhood. Our country’s membership in NATO will strongly contribute to regional stability and security.”