Meet Li-Fi. It is 100 times faster than Wi-Fi, but don’t throw out your Wi-Fi router yet 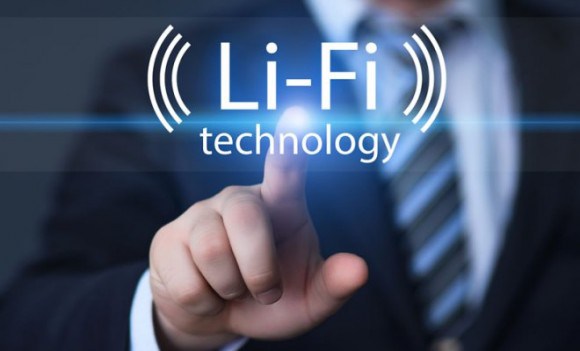 Imagine a world where every one of the billions of lightbulbs in use today is a wireless hotspot delivering connectivity at speeds that can only be dreamed of with Wi-Fi. That’s the goal of the man who invented such a technology, and this week Li-Fi took a step out of the domain of science fiction and into the realm of the real when it was shown to deliver speeds 100 times faster than current Wi-Fi technology in actual tests.

An Estonian startup called Velmenni used a Li-Fi-enabled lightbulb to transmit data at speeds as fast as 1 gigabit per second (Gbps), which is about 100 times faster than current Wi-Fi technology, meaning a high-definition film could be downloaded within seconds. The real-world test is the first to be carried out, but laboratory tests have shown theoretical speeds of 224 Gbps.

So, just what is Li-Fi, how does it work, and will it really revolutionize the way we connect to the Internet?

The term was coined by German physicist Harald Haas during a TED Talk when he outlined the idea of using lightbulbs as wireless routers. That address was delivered four years ago, and many people speculated that, like a lot of apparent revolutionary breakthroughs, Li-Fi would go the way of other “next big things” and not come to fruition. A year after his TED Talk, though, Haas, a professor of mobile communications at the University of Edinburgh, created pureLiFi with a group of people who had been researching the technology since 2008. The company has claimed to be the “recognized leaders in Li-Fi technology” and has already produced two products.

On Wednesday, pureLiFi announced a partnership in which a French industrial-lighting company will roll out the firm’s VLC technology in its products by the third quarter of 2016.

How Does Li-Fi Work?

This is how pureLiFi describes the operation of its technology:

“When a constant current is applied to an LED [light-emitting-diode] lightbulb, a constant stream of photons are emitted from the bulb which is observed as visible light. If the current is varied slowly, the output intensity of the light dims up and down. Because LED bulbs are semiconductor devices, the current, and hence the optical output, can be modulated at extremely high speeds which can be detected by a photodetector device and converted back to electrical current. The intensity modulation is imperceptible to the human eye, and thus communication is just as seamless as RF [radio frequency technology]. Using this technique, high-speed information can be transmitted from an LED lightbulb.”

Will It Work With Any Lightbulb?

Haas said during his Ted Talk in 2011 that the current infrastructure would allow every single LED lightbulb to be transformed into an ultrafast wireless router. “All we need to do is fit a small microchip to every potential illumination device and this would then combine two basic functionalities: illumination and wireless data transmission,” Haas said. “In the future, we will not only have 14 billion lightbulbs, we may have 14 billion Li-Fis deployed worldwide for a cleaner, greener and even brighter future.”

Is There Any Downside?

Because Li-Fi technology uses visible light as its means of communication, it won’t work through walls. This means that to have a Li-Fi network throughout your house, you will need these lightbulbs in every room (and maybe even the fridge) to have seamless connectivity.

Another major issue is that Li-Fi does not work outdoors, meaning that public Li-Fi will not be able to replace public Wi-Fi networks any time soon. While Li-Fi’s employment in direct sunlight won’t be possible, pureLiFi said that through the use of filters the technology can be used indoors even when sunlight is present.

Of course, one of the biggest drawbacks is the fact the light needs to be on all the time to deliver connectivity. While that’s not going to be an issue in industrial and retail environments, it will be both environmentally and practically problematic in domestic settings.

When Will Li-Fi Lightbulbs Be Available?

Speaking to International Business Times UK this week, Deepak Solanki, CEO of Velmenni, said the technology could reach consumers in three to four years. “We are doing a few pilot projects within different industries where we can utilize the VLC technology,” Solanki said. “Currently, we have designed a smart-lighting solution for an industrial environment where the data communication is done through light. We are also doing a pilot project with a private client where we are setting up a Li-Fi network to access the Internet in their office space.”

So Can I Throw Out My Wi-Fi Router?

Probably best not to do it yet. It is going to take some time for Li-Fi-enabled devices to come to market, and, when they do, it is likely they will work in parallel with Wi-Fi networks to deliver a more rounded and seamless experience. One possible situation domestically is the employment of a Wi-Fi network for general use and a couple of Li-Fi hotspots for high-speed uses.
IB Times