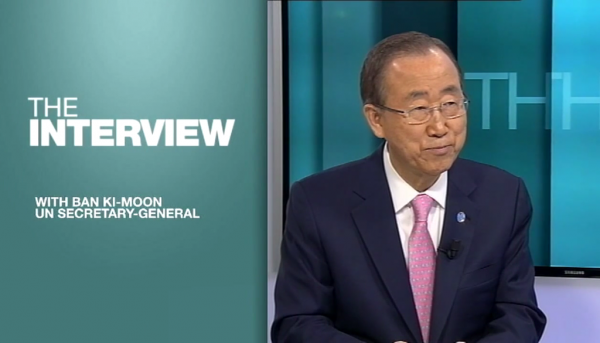 A ceasefire in Syria could be possible within six months with elections following a year later, UN secretary-general Ban Ki-moon told FRANCE 24 in an exclusive interview Saturday, though he admits such a goal is a tall order for the war-torn country.

“The first priority is to have a nationwide ceasefire within six months and within 18 months have an election,” Ban told this week’s edition of The Interview.

“Of course this road map may be very ambitious and it’s a very tight schedule. That is why my special envoy, Staffan de Mistura, has been and is still continuing to work very closely with the countries concerned.”

Some of the key international players in the Syria conflict, including the US, Russia, Turkey and Iran have been meeting for talks on resolving the country’s civil war in Vienna.

US Secretary of State John Kerry said this month that a ceasefire between Syria’s government and the opposition could be just weeks away from reality.

However, significant divisions remain between the international actors, particularly over the role of Syrian President Bashar al-Assad. Western powers want to see him relinquish power while Russia and others are keen for him to remain in place.

Ban also discussed a number of other trouble spots around the world, including Libya and the Palestinian Territories, as well as the upcoming COP21 climate change talks in Paris.
FRANCE24