Aoun: Hezbollah should be defending Lebanon, not the Lebanese army 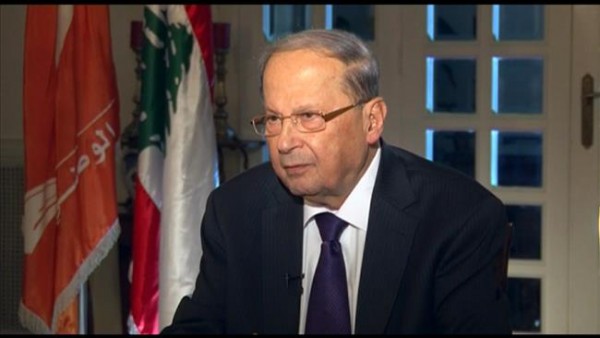 He also claimed   that he has no competition as a presidential candidate  and  denied that Iran is interfering in Lebanon’s  internal , while accusing Saudi Arabia of funding his rivals.

The former army commander also said that neither Hezbollah nor Syria had anything to do with the assassination of former PM Rafic Hariri or the other anti Syrian leaders .

Lebanese Forces leader Samir Geagea  who was the first to announce his candidacy for the presidency has accused Iran of being behind the presidential vacuum in Lebanon. 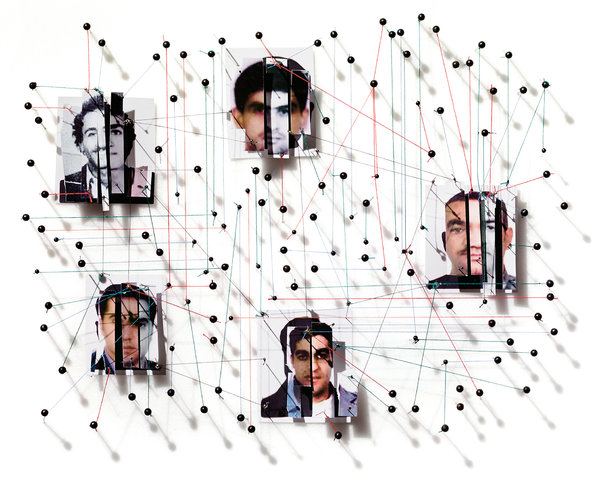 Hezbollah which was created by the Quds force of the Iranian Revolutionary Guards is funded and backed by Iran. The Lebanese Army on the other hand is being funded by the US and Saudi Arabia. The US supplied the Army with over one $billion worth of arms while Saudi Arabia has granted the Army $4 billion for arms and ammunition during the past 2 years.

The following is transcript of the interview as published by Press TV:

Press TV: Why do you support Hezbollah?

Press TV: So is it the resistance to Israel the main thing?

Press TV: I was speaking to Amine Gemayel yesterday – the former President – and he told me that Lebanon needs to have only one army and Hezbollah needs to put down its weapons and join the national army. What do you say to that?

Aoun: The army actually is not so strong, too strong to defend the country, so we have to equip the army and to train it to be able to defend our country. Right now it is not like that.

Press TV: So do you think Lebanon needs Hezbollah to defend its borders?

Aoun: Yes, we need the resistance because at any time Lebanon will not have a balance of forces with Israel or with Syria, with any other country. So if we have to defend ourselves, so we have to make a stronger army and also because the number of our population, our economy cannot support a strong army like Israel. Israel is helped by the United States, by all the Jewish Diaspora and so they can have – and helped by the United States especially – have the highest technology and weapons and so they can have a very destructive power so that we cannot afford. So we need a kind of fighting, we need the guerrillas against the classic armies. So they are stronger than us, they are more rich than us, so the only way to defend Lebanon, that is the guerrilla warfare.

Press TV: There are those who believe that your alliance with Hezbollah is because you want to become the next president of Lebanon. What do you say to that?

Press TV: They also believe that you want to reform; you want to change Taif Accord for the same reason.

Aoun: Yes, I want to change many laws but it is not on the agreement of Taif. We have to make reforms in our laws to have more control in the finances, to have more justice; we have to fight the corruption in the country, so we have to make these reforms but I am not going to attack our constitution. But why those people don’t say that Taif was never respected and we have to implement Taif not to change it?

Press TV: Do you see yourself the next president of Lebanon?

Aoun: Well I have the right to be a candidate and especially I am the best one supported by many Lebanese people and I am the more represented in Lebanon.

Press TV: So you think that your chances are quite high.

Press TV: Who is your most important rival in this race?

Aoun: Rival? No rival right now. Till now there is no rival because there is big difference between me and any other rival. Therefore the opposition is well negative only. They do not present any candidate.

Press TV: Let’s go to the question of Syria, what is going on in Syria today, the terrorism that is spilling over to Lebanon and to other countries throughout the region. Who do you think is the party that is most responsible for it? Is it the Syrian government or is it those countries who are supporting terrorists in Syria?

Press TV: Why do you think they have not managed to change Bashar al-Assad so far, up until this moment?

Aoun: They cannot because the Syrian people with their army, the structure of the country is still working and the resistance was also so strong to these attacks, to this big army coming from about 84 foreign states to fight in Syria. Syria has resisted very well and I think it was helped too from Iran, supported by Hezbollah who supported strongly the Syrian army.

Press TV: Do you think that the Russian airstrikes, the Russian military campaign in Syria is going to be a game changer at the end of the day?

Aoun: Well it depends upon their will. If they want to reach only a political solution, well they will stop when the solution is reached. If not, if they want to change radically, they can do it. Maybe it will take more time.

Press TV: What is your prediction? What do you think the Russians will do?

Aoun: Well what I wish or what is my prediction?

Press TV: Well what do you wish to do?

Aoun: Well I want to fix the government of Bashar al-Assad and well to make some changes in the Syrian constitution.

Press TV: And what is your prediction?

Aoun: Well they will do that, I think.

Press TV: So you are optimistic?

Aoun: Certainly, they will destroy all the terrorists, not those that Saudi Arabia said or nominated but I think al-Nusra, Daesh, Jaysh al-Islam, all these people, they are real terrorists.

Press TV: So here is the thing, a lot of people are asking why the United States and Saudi Arabia are just calling some of those militants ‘moderate militants’?

Aoun: Well they participate with these people and they are ruling the country and they will make for them maybe a force of influence in Syria.

Press TV: A lot of people believe that now that there is power vacuum in Lebanon, it is going to have an impact on the situation on the ground in Syria. What is your opinion?

Aoun: No, I do not think because Hezbollah is fighting and it is still fighting them and nobody can interfere with our resistance there.

Press TV: The fight in Syria by Hezbollah, is that going to weaken Hezbollah’s position in Lebanon?

Aoun: No, because our alliance is so strong, as armed resistance and we are strong in policy. Right now we are neutralizing this government because they are out passing the constitution and they are abusing the power.

Press TV: There are those who believe that Saudi Arabia is spending a lot of money in Lebanon buying politicians.

Press TV: Have you heard of any top politicians being paid by Saudi Arabia?

Aoun: Well there was a leak of WikiLeaks. WikiLeaks said that the TV stations were paid by Saudi Arabia and some people are paid too. Maybe future party, they are paid by Hariri who is having money from Saudi Arabia.

Press TV: So do you believe that Saudi Arabia is directly funding the future party?

Aoun: Certainly, they have a direct influence on the Sunnis.

Press TV: What have the Saudis achieved so far in Lebanon?

Aoun: Well before they were forming governments, Lebanon was following their policy here.

Aoun: Right now to stop, they can do what they want except participating in, ruling the internal affairs of Lebanon but in politics they cannot change anything.

Press TV: Let’s talk about the influence that Iran has in Lebanon right now. Do you think Iran is interfering with Lebanon’s internal affairs?

Aoun: Well no. Iran, it does not interfere in our internal affairs but certainly Iran is powerful in the region and it is helping the Lebanese resistance. That is a strategic objective or aim in the area. There was mutual support from Iran to resistance and the resistance to Iran. Well it is permitted in a case because everyone is ruling his country and at the same time makes an alliance with another. It is more an alliance than it is obedience to the other.

Press TV: A lot of high-profile assassinations have happened in Lebanon over the past ten years like the assassination of Rafic Hariri and Pierre Gemayel and every time it is happening there are fingers of blame at Hezbollah, at Syria but no one says maybe Israel was behind these assassinations.

Aoun: Yes that is right.

Press TV: Why is this happening? Why is it that the Lebanese politicians are not suspicious about Israel’s role in these assassinations in Lebanon?

Aoun: Well they are following some policy and they do not want to know the truth about it but they have political objectives to accuse Syria or Hezbollah. That is a political way to say it but I do not think that Hezbollah neither Syria did these crimes.

Press TV: So you believe that Israel could have been behind assassinations in Lebanon for the past decade or so?

Aoun: They have done already many crimes in Lebanon, many murders, some in Saida, some in Beirut. It will not be the first time but everybody was used to say before that Israel is doing the attack but after the Syrian departure, they accused Syria of doing the murders but it is not a true accusation. It is a political one.

Press TV: How do you see the role of Israel in the conflict in Syria? What they are doing over there?

Aoun: Well they participate it directly and certainly if they participate it, it pushed to change the regime of Bashar al-Assad, hoping that it will control forever the Golan Heights and it will get rid of the Palestinian refugees in Syria and in Lebanon.

Press TV: Let’s go to the issue of Turkey. Turkish politics today have made headlines all over the world. AK party has one really big landslide victory, something a lot of people did not expect. Do you think this huge victory for Recep Erdogan and Ahmet Davutoglu would put them in a position to strengthen their support for the militancy in Syria against President Bashar al-Assad?

Aoun: I do not think so. Maybe he will become more wise to attack again the Syrians and I think he was helped some foreign powers to win the elections but in condition of …

Press TV: What foreign powers are you talking about?

Aoun: Well he is in the NATO but I think he will be very quiet after the election and he has many troubles in Syria and he would like to arrange the Turkish situation before then to look to Syria.

Press TV: What is your message to AK party and President Erdogan now that they won the election?

Aoun: My message? To take care only of Turkey and has not to dream of an empire in the Middle East.