Jordanian killer was on a journey to “paradise or hell”, friends and sources 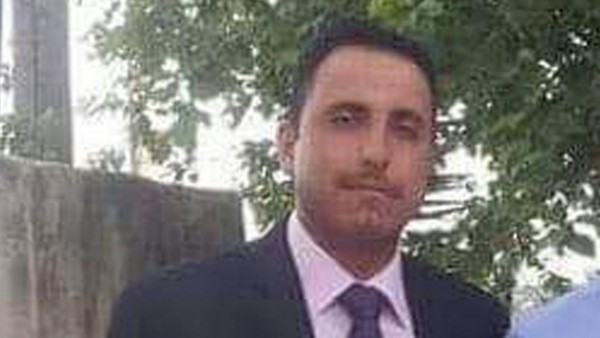 Days before he shot dead five people in a canteen during his lunch break, Jordanian police officer Anwar Abu Zeid sent a message to friends saying he was going on a journey to “paradise or hell”, friends and security sources said.

The message, on the WhatsApp mobile messaging application, may hold clues for police seeking a motive for Monday’s shooting spree in which two Americans, two Jordanians and a South African were killed at a police training facility.

Relatives described the 29-year-old police captain as pious but not an extremist”, though he would wake at dawn each day to worship in the mosque in his village in rural northern Jordan.

But two officials close to security matters and relatives said evidence was growing of radical Islamist influences on Abu Zeid, and a security source, who asked not to be identified, suggested the message to close friends supported this notion.

“When we prepare our luggage for a journey … we fear we may forget something, however small, and the longer the journey, the stronger the concern that we won’t forget anything,” the source quoted him as saying.

“So what if we are going to a residence … in paradise or hell,” the source added, but did not say on which day the message was sent.

The killings took place at the U.S.-funded King Abdullah Training Center near Amman on the 10th anniversary of al Qaeda suicide bombings that targeted three luxury hotels in the capital and killed 57 people.

No group has claimed responsibility for Monday’s attack.

The Americans killed were former members of the U.S. military and were contracted to train police from regional allies such as Iraq and the Palestinian territories. The South African killed was also a trainer and the two slain Jordanians were translators.

Several accounts from officials with contacts in the security forces said Abu Zeid had smuggled an assault rifle and two handguns into the compound in his car. As an officer, he was not searched as he entered.

Security sources said that shortly after noon prayers he charged into a canteen on the compound, shouted Allahu Akbar (God is the greatest) and fired at least 50 bullets.

He then went outside and a police sniper shot him in the head near the outer gates of the compound after he defied calls to surrender, they said.

Investigators have not concluded yet whether Abu Zeid was acting alone or was part of a wider sleeper cell of jihadists, one official close to intelligence matters said.

As a graduate of Jordan’s top military academy, Abu Zeid, who had two young children, had a secure job and perks that many Jordanians dream of.

But he had sought an honorary early discharge for what he said were “private reasons”, only to find his way blocked because he had not completed 10 years service, the security sources said.

A close confidant of the attacker, speaking on condition of anonymity, said Abu Zeid had felt increasingly humiliated and angry at working in a job where U.S. trainers seen as “enemies of Islam were defiling his country.”

Some relatives are already referring to him as a “martyr”.

The fact that the attacker came from one of the native tribes in Jordan that form the backbone of the security forces is a particular blow for the kingdom’s Hashemite dynasty, security experts say.

Some tribes have become increasingly disgruntled over perceived corruption and feel they are being marginalized economically, posing what security experts see as an additional threat to a country long worried about possible attacks by militant Islamists inspired by al Qaeda.

“It is an attack from within the loyalist establishment and it compounds the complex internal risks beyond the conventional jihadi threat that comes from a suicide bomber blowing himself up, which is a more obvious risk, “said one official familiar with intelligence matters.

The decades-old Arab-Israeli conflict and turmoil along Jordan’s borders with Israel provide fertile ground for Islamic militancy, and mistrust of the West has long been fueled by a perceived U.S. bias towards Israel.

Jordan is now an ally of Washington in the U.S.-led campaign against Islamic State militants who hold large areas of neighboring Syria and Iraq. Its stepped-up military role in this campaign has angered many in Jordan who believe it serves the enemies of their Muslim faith.

Others fear the overt military intervention could provoke a militant backlash inside the country.

Monday’s shootings have also reawakened longstanding concerns that Islamic State supporters have recruited Jordanians to sleeper cells that could one day attack, and fear they could include anyone from computer technicians to professors.

Such concerns were heightened by a prominent parliamentarian saying last month that he had learned from media linked to Islamic State that his son had carried out a suicide bombing in Iraq’s Anbar province.

Some officials acknowledge a growing threat from increasingly radical disaffected youth influenced by rising violence in Iraq and Syria and widening sectarian war and Israel’s treatment of Palestinians.

Thousands of youths from impoverished towns and cities blighted by poverty and unemployment have over the last few decades joined radical Islamic groups to fight in countries including Afghanistan, Iraq and Syria.

King Abdullah is among those who say improving economic conditions would help battle Islamist militancy but that was an insufficient remedy on its own.

“We have to work to find new jobs that meet the aspirations of our youths to immunize and protect our sons from the poison of terror and extremist ideology,” the king said on Tuesday in a summit in the Saudi capital Riyadh.