Anti-Assad rebels frustrated with US over lack of communication 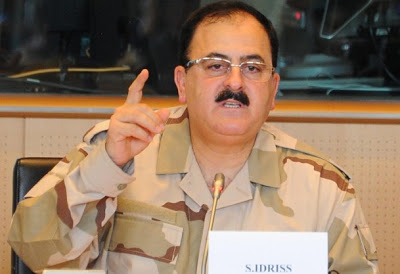 The groups say they are upset with the U.S. government’s lack of communication with them. The U.S. announced it would send militaryspecial forces – fewer than 50 of them – to Syria to fight against IslamicState.

Rebel commanders with the FSA say they were not told of the U.S. decision. A top FSA commander told VOA in an email that “I don’t have anyidea about the sending of U.S. soldiers to Syria.”

FSA leaders said they learned of the U.S.’s plans from reporters after the news was announced in Washington, D.C.

The Syrian National Coalition also complained of the U.S. strategy in Syria. SNC vice-president Nagham al-Ghadri said “from the beginning of the revolution until now, there is always an excuse why the U.S. is not supporting us more.”

Al-Ghadri said the main goal in Syria should be getting rid of Assad. She said “ISIS will be easy to get rid of when Assad is removed. Our to-do list is: No. 1, [against] the regime and to get rid of Assad and No. 2, ISIS.”

Other Syrian factions were upset when the Americans said the KurdishYPG – an offshoot of the Democratic Union Party (PYD) – is its most trustedpartner on the ground in Syria.

The U.S. has increased arms supplies to FSA. But FSA is upset at the U.S. for not supplying anti-aircraft missiles.