Are wine and cigarettes the secret to French longevity? 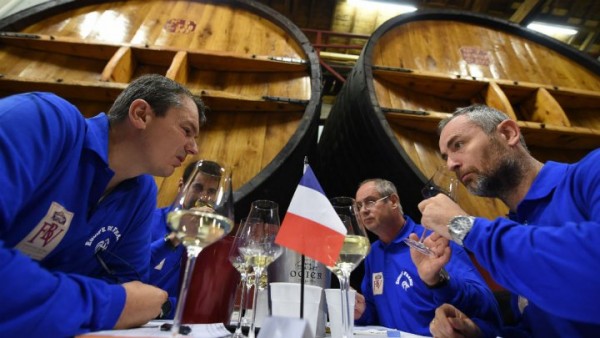 A report published by the OECD this week revealed that the French enjoy one of the world’s highest life expectancies. It also showed they are among the West’s biggest consumers of tobacco and alcohol.

The average French person lives to the ripe old age of 82.3, compared to the average 80.5 years for all OECD (Organisation for Economic Co-operation and Development) member countries, according to the group’s Health at a Glance 2015 report.

French women largely account for the encouraging figure, living an average of 85.6 years, the third highest after women living in Japan and Spain. French men, however, feature lower down the scale, ranked at 15 out of the 34 OECD countries, with a life expectancy at birth of 79 years.

When it comes to the lifestyles of the hardy French, however, the OECD report includes figures that appear to fly in the face of doctors’ warnings and to confirm old clichés: the French drink and smoke more than many of their European and Western counterparts.

A staggering 24 percent of France’s adult population were daily smokers in 2013, double that of smokers in Sweden and Brazil.

The OECD also pointed out that while alcohol consumption has dropped significantly over the past three decades, the French are still heavy drinkers. On average they consume 11.1 litres of pure alcohol per person each year, the seventh highest on the OECD’s report list.

So are red wine and cigarette breaks the secret to a long life? For the OECD’s Francesca Colombo the answer is an adamant “no”.

“The healthcare system in France is characterised by high performance,” Colombo told FRANCE 24, pointing to widespread healthcare coverage among the population and good service.

Colombo added that health expenditures in France were among the highest in the world and said the same level of care could likely be met with fewer costs.

Colombo also stressed that the results of the OECD report could not predict health levels in France 20 years down the road, and that overconsumption of tobacco and alcohol today could bring about big problems in the future.

“France has a lot of room for improvement. Lifestyle choices, especially among young people, is worrying, and is likely to translate into the development of serious chronic illnesses.”

Better eating habits among the French may also be at play in counterbalancing their overall health. Obesity is relatively low in France compared to other countries, the OECD found. One out of seven adults suffers from obesity in France, compared to a quarter of adults in Britain and a third of adults in the United States.