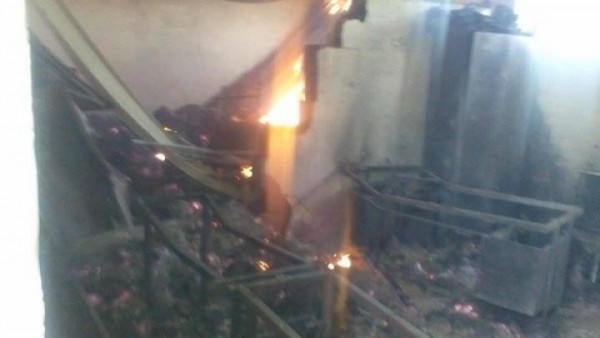 Haji Golan, a public primary school in Polalam that was set on fire by Taliban
Share:
By: Abdullah Saljoqi

It was one of the only schools in Afghanistan’s Logar province still teaching girls. But on the night of October 28th, Taliban insurgents – who are opposed to female education past the age of eight – set fire to the Haji Golan school.

Haji Golan, a public primary school in Polalam, is located 65 kilometres south of Kabul in the violence-wracked Logar province. Abdullah Saljoqi, a journalist in Herat, western Afghanistan, learned all the details of the attacks as it unfurled via his contacts in Polalam. The authorities attribute this attack to the Taliban.

“At about 3am, three militias attacked the Haji Golan school. The militants first tied up the school’s night watchman, then set fire to the building and fled. The inside of the school burned for three hours, until the watchman managed to escape and contain the fire with the help of neighbours. Thankfully, nobody was hurt since only the watchman was at the school at that time of the night.

If any of the 500 schoolgirls find the courage to go back to school, it won’t be for at least a few months, because there is so much damage. Sometimes, after this type of attack, classes resume in tents outside of the damaged schools, but it’s much too cold at this time of year. You know, nobody here is surprised by these attacks anymore. They’ve gotten used to them. [Editor’s Note: Between 2009 and 2012, more than 1,000 attacks were recorded against schools in Afghanistan; this number may seem high as it is, but non-profit organizations believe the real number may be even higher.] 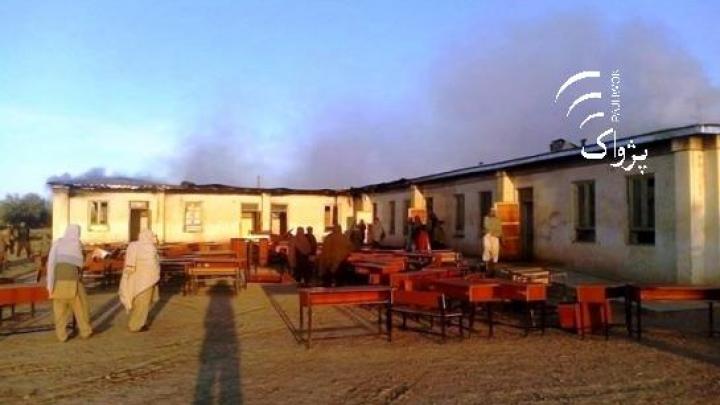 The Taliban usually let little girls go to school until the fourth grade. [Editor’s Note: There is no limit for boys, but some of the schools that are judged too ‘Western’, can also be targeted. The Taliban prefer their own Quranic schools.] Fifth grade and on is totally forbidden by the Taliban. So there’s not one school in Logar province that has a grade 5 for girls. Two or three years ago, you could still find some in the centre of the province, but today, even the provincial capital isn’t safe enough for that.

Even when they respect this rule – as the Haji Golan school did – schools can still be targeted by the Taliban. The attacks can be even more vicious than this one, for example they sometimes attack girls with acid. [Editor’s Note: Girls were also poisoned at their schools on several occasions.] These past few months, the Taliban managed to shut down 25 girls’ schools throughout the country.

There are several provinces, which, like Logar, the Afghan government is unable to control. The authorities officially rule these regions and they have official buildings and employees, but in the street, the Taliban dictate the rules.

In some schools, the Taliban have even managed to modify the curriculum. They eliminated English classes and added more theology. They even placed their own theology teachers in the schools.

Sometimes, local Taliban commanders strike a bargain with schools they disapprove of – they’ll let them keep running in exchange for money, or for adding Taliban-approved teachers.”

In 2012, the Taliban made several public declarations explaining that they weren’t against education, but that they were against schools that tried to replace their Islamic and cultural values with Western ones. In these statements, the group also denied any responsibility for attacks on schools. But the United Nations say they continue to attack and threaten girls’ schools in the areas of the country under their control.

Abar Ostanki, who represents the education ministry in Logar province, admits that giving girls an education is very difficult there: “More than 3,000 girls who should be in 5th grade or higher are forced to stay at home. Thirty female professors – that is, all of the female professors in this region – have also been forced out of a job.”

Sadigh Sadighi, a spokesperson for the interior ministry, says security is a major hurdle to overcome: “The Taliban are the enemy of education. Their goal is to eliminate the entire education system in Afghanistan. For us, the goal is to make schools safe, but we cannot deploy the army and the police on every street corner.”

According to the education ministry, 500,000 students out of 8 million have dropped out of school due to security fears, and 10 percent of schools have closed for the same reason.