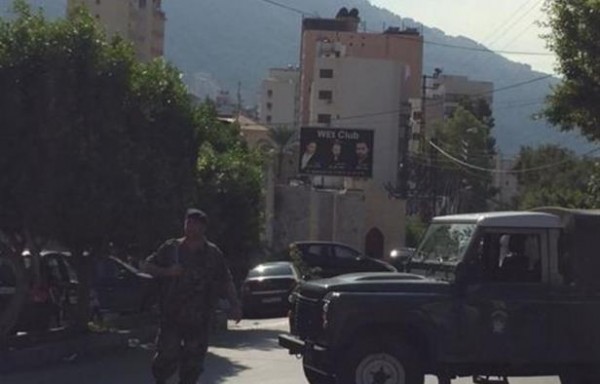 A shootout erupted early Monday as Lebanese forces raided a nightclub north of Beirut, leaving eight people dead, including two army troops  and at least one member of a notorious crime family, the state-run news agency and the Lebanese army said.

First-Sergeant Maroun Khoury was transferred to Saint Louis Hospital in Jounieh’s Haret Sakher area, while soldier Michel al-Rahbawi was admitted to another hospital in Keserwen. They both succumbed to their wounds upon their arrival.

The purpose of the raid at the Wet Night Club in the Maameltein ,  Jounieh was to apprehend fugitives, the reports said, without providing details. Four officers were also wounded in the firefight.

An army statement said army intelligence officers with the anti-drug department were conducting the raid when one of the fugitives they were trying to apprehend opened fire at them, killing the two officers.

“When an army patrol entered the night club in Jounieh’s Maameltein at dawn (Monday) to apprehend suspects, wanted offender Mahdi Hussein Zeaiter and his two companions opened fire at the patrol, killing two soldiers, prompting the patrol to respond,” the statement said.

“Zeaiter, another wanted suspect identified as Ahmed Ali Ammar and four other citizens accompanying them were killed,” it added.

The two suspects had 11 search warrants and six arrest warrants against them, the statement continued.

It was not clear exactly how the other victims, including the women, were killed.

Military prosecutor Sakr Sakr  arrived to inspect the scene and  opened an investigation to determine the full circumstances of the incident.

The army later released a statement identifying the soldiers and where they were from.