One person shot by Israeli troops in Lebanese part of Ghajar 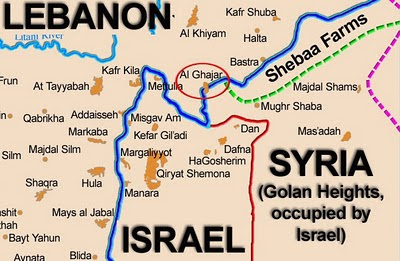 One person  in the  occupied Lebanese section of the town  of  Ghajar was critically injured at dawn on Wednesday after he was shot by Israeli troops . National News Agency reported

It said that the soldiers shot the person, who was attempting to hide behind a sand barrier i.

The victim was not identified , but the report added that an Israeli infantry unit, backed by several vehicles, soon arrived at the scene and transported the victim to a hospital .